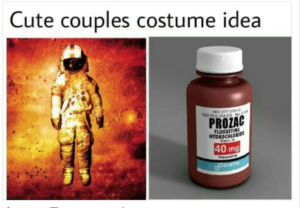 source: The Devil And God Are Raging Inside Memes

Surprisingly less niche than one might expect, emo-music-meme pages have been popping up on Facebook at an incredible rate since last summer (check the bottom of this article for a list of said pages).  Whether this means that the long-awaited emo revival has occurred and is ready to ride its third wave–My Chemical Romance reunion alert???–or that being emo is cool again, all I know is that whatever’s happening is awfully convenient for me and all those band t-shirts I never gave away.

To anyone whose personal brand revolves around early 2000s [pop]-punk and shitposting, you should definitely consider perusing these pages and becoming connected to all the others out there just like you, forever stuck in 2006, crying themselves to sleep over Mayday Parade’s first album, with only memes to keep them company. 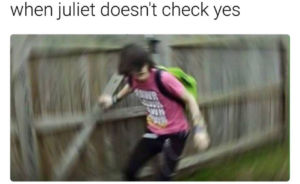 source: Sounds like you’re a repressed emo, but okay
The meme formats may be cringey, but the emo throwbacks are almost always cringier.  All those songs you’ve pretended to forget will resurface, and there is absolutely no shame in going on a We The Kings binge after accepting this fact. 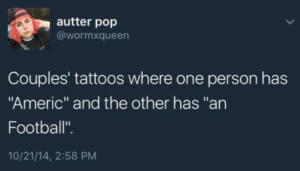 source: Americ anFootballposting
These pages form their own communities, which, knowing the Internet, of course means that drama inevitably ensues.  When a fiery debate regarding the definition of “real emo” was incited, one unfortunate soul went on a rant proclaiming that: “‘Real Emo’ only consists of the dc Emotional Hardcore scene and the late 90’s Screamo scene. What is known by “Midwest Emo” is nothing but Alternative Rock with questionable real emo influence. When people try to argue that bands like My Chemical Romance are not real emo, while saying that Sunny Day Real Estate is, I can’t help not to cringe because they are just as fake emo as My Chemical Romance (plus the pretentiousness). Real emo sounds ENERGETIC, POWERFUL and somewhat HATEFUL. Fake emo is weak, self pity and a failed attempt to direct energy and emotion into music. Some examples of REAL EMO are Pg 99, Rites of Spring, Cap n Jazz (the only real emo band from the midwest scene) and Loma Prieta. Some examples of FAKE EMO are American Football, My Chemical Romance and Mineral EMO BELONGS TO HARDCORE NOT TO INDIE, POP PUNK, ALT ROCK OR ANY OTHER MAINSTREAM GENRE.”
Shockingly, this turned into a beloved copypasta that nearly every emo meme page has familiarized itself with. 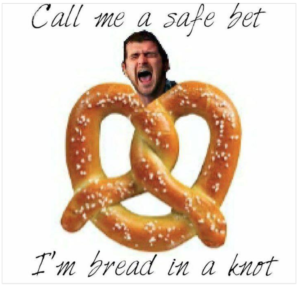 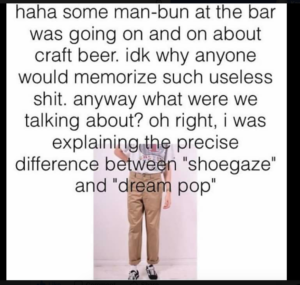 Here are some of my personal favorite pages, in no specific order:

I’m sad and I listen to Loveless every night

The Devil And God Are Raging Inside Memes

Is this Sufjan Stevens song gay or just about God?

Being ironically emo in the current year

I’m feeling a strong 0 on this album