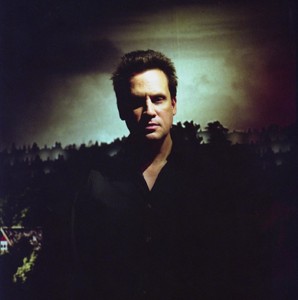 You are probably already familiar with the famed “feud” between Sun Kil Moon frontman Mark Kozelek and the rock band War On Drugs, which started when Mark Kozelek became frustrated with the sound from the War on Drugs’ set bleeding onto his own stage at the Ottawa Folk Fest.  The conflict only escalated with Internet exchanges, a couple of unflattering songs by Mark Kozelek, and fuel for the fire provided by the abundance of music websites and blogs commenting on this issue. Some people do not find any kind of humor in Kozelek’s attack and see him as an immature jerk, while others believe that this is simply another case of the media sensationalizing things out of context for the sake of a story. Whatever side you may take, there’s no denying that this beef was unexpected and the relationship between the two parties does not have the rich history that is more typical of these kinds of conflicts. So, we’ll take a look at 10 diss tracks with more personal back-stories than the songs we got from Mark Kozelek. We could easily put in 10 solid hip-hop songs on the list, but instead, we will try to go for some variety and see how wide-spread this phenomenon truly is.

The epitome of sexual tension, this 1977 international hit was inspired by the messy break-ups of the Fleetwood Mac members. The marriage of bassist John McVie and keyboardist Christine McVie was at its end, and so was the relationship of vocalist/guitarist Lindsey Buckingham and vocalist Stevie Nicks. Being that the song was written by Buckingham, we can assume the message was directed towards Nicks.

Notable Lyrics: “Packing up / Shacking up’s all you wanna do”

Perhaps there is no musical feud as famous as the East Coast vs. West Coast, Bad Boy Records vs. Death Row Records, Biggie vs. Tupac saga of the 90s. Tragically, the feud only dissipated after the shootings of Tupac Shakur and the Notorious B.IG. in the mid-90s. Tupac’s “Hit ‘Em Up” only escalated the feud further with inflammatory lyrics about Biggie, Puff Daddy (Diddy), Lil’ Kim, and the East Coast in general.

Notable Lyrics (clean): “You claim to be a player / but I bust your wife” (Biggie’s wife was known to have gone to Tupac after the couple became estranged)

Following Kurt Cobain’s death in 1994, the relationship between remaining Nirvana members and widow Courtney Love turned very strained. When David Grohl formed the Foo Fighters, he channeled some of those feelings into this song, although he denied it was about Love for many years.

Notable Lyrics: “How could it be/ I’m the only one who sees/ your rehearsed insanity”

4. “Cry Me A River”- Justin Timberlake

Justin Timberlake reveals the injustice he had to face dating and splitting with Brittany Spears.

Notable Lyrics: “Now there’s just no chance, for you and me, there’ll never be/ And don’t it make you sad about it?”

The Nas vs. Jay-Z feud found its root in personal disputes, and the two rappers’ battle to fill the void Biggie left behind in East Coast rap raised tensions further.

Notable Lyrics: “How much of Biggie’s rhymes is gonna come out of your fat lips”

Freddie Mercury and the rest of Queen were not pleased with their former band manager Norman Sheffield and aired their grievances on this song off of A Night at the Opera.

Notable Lyrics: “You suck my blood like a leech / You break the law and you breach”

The Beatles were still on top of the world at the time of their break-up in 1970, so tensions between band members had to have been pretty bad to warrant the split. We get a little taste of that tension in this 1971 attack on Paul McCartney by John Lennon

Notable Lyrics: “The only thing you done was yesterday” (Reference to the song “Yesterday” that was written by McCartney for the Beatles)

After Ice Cube left rap group N.W.A, he made sure to let the world know he was better off alone.

Notable Lyrics: “Looking like straight Bozos/ I saw it coming, that’s why I went solo”

9. “Margaret On the Guillotine” – Morrissey

Looks like Morrissey was not a supporter of Margaret Thatcher.

Notable Lyrics: “You put on a bad show, oh, don’t it show”