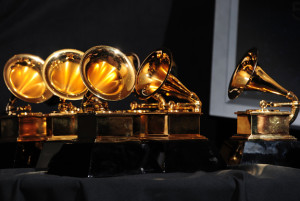 With the Grammy’s less than two weeks away, there is lots of speculation surrounded who will win. I’m here to tell you who (in my humble opinion) should be taking home those golden statues on February 8th.

Record of the Year

In terms of overall song quality, Chandelier is the song that encompasses the best lyrics, music, and overall performance by Sia. It also seems like Sia is a bit overdue for some recognition – she’s been making music (really really good music) longer than any of the other nominees in the category, especially considering 3 out of the 5 nominees are newcomers. Overall, Chandelier takes the cake for me.

Album of the Year

With it’s incredibly successful surprise release, Beyoncé’s self-titled was undoubtedly one of (if not the most) buzzed about albums of the year. Not to mention Beyoncé managed to do what few artists do anymore – focus on creating songs that work together as a cohesive album, not just a few hit singles. If this is the direction music is headed, I’m all for it.

Song of the Year

Nominees: All About That Bass (Meghan Trainor), Chandelier (Sia), Shake it Off (Taylor Swift), Stay With Me (Sam Smith), Take Me to Church (Hozier)

In terms of lyrical quality there is no comparison between Hozier’s indie hit and the other nominees. Take Me to Church is poetically written and performed, and it is both a shock and a shame that Hozier didn’t receive more nominations. There’s no doubt in my mind that Hozier deserves to win this one (whether or not he does, we will have to wait and see).

For a year with tons of breakout artists, this seemed like an odd array of nominees. I have to put my support behind Sam Smith – in terms of raw talent, the other nominees pale in comparison. I have a feeling we will be seeing a lot more from Sam Smith, and he will probably be seeing a few more gold statues.

My Pick: Do I Wanna Know?

Another huge shock in the nominations this year was the lack of nods for The Arctic Monkeys’ AM. This seemed to be one of the best loved albums in the indie/alt-rock world, and with good reason. This song was definitely a career high for the Arctic Monkeys, while some of the other nominees (ahem, Black Keys?) were having career lows this year. Do I Wanna Know? gets the win in my book for sure.

My Pick: This Is All Yours

It seems that after the huge alt-rock/alt-pop crossover successes of 2013 (Imagine Dragons, Lorde, Vampire Weekend were all winners) 2014 has been a bit lackluster. Although all of the nominees in this category are truly deserving, my vote has to go to Alt-J’s sophomore album. They took the sound that made fans love An Awesome Wave and they built on it, and the result is the incredible This Is All Yours. If you haven’t heard this yet, go listen right now. Seriously. Go do it.