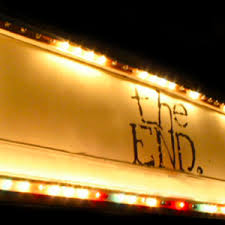 The End is such an ominous title for a concert venue. I remember my freshman year when I did my very first in-studio interview. The band I was interviewing was telling me all about their show tonight at The End. Being a clueless freshman, I of course asked ‘at the end of what’?

Three years later and infinitely wiser, I’ve grown to love that concert venue on Elliston. Here are five reasons why:

1. It’s within walking distance of campus

You try to find parking in Nashville. Then you can come back to me and let me know how important you think it is that The End is within walking distance. Since you don’t need a car you’re not going to need to carry a bunch of change for street parking, and you can bring as many friends as you want, not just how many would have fit in your car.
2. Since it’s set back from the street, it is rarely as crowded or well known as Exit/In

To be completely honest, The End is not clearly marked as a concert venue. It’s placed a little back on the street, and you kind of have to be looking for it in order to know where it is. Inconvenient as that sounds, it means that it’s a place for people who really love music and therefore it’s not crowded with people who are just there to get a good picture for their Instagram.
3. It has a nice area outside to hang out when the weather is good

Since it is so far back from the street, The End has some nice space outdoors where you can take a break from the concert when it gets too hot or too loud inside. With the way the weather has been recently, that is a game changer for me.
4. It’s covered in graffiti

Now, some people don’t like graffiti and that’s okay. I completely understand the idea of broken windows theory and all of that. However, take one look at the outside of the building and tell me that The End isn’t a place for artists. I’ll wait.
5. It’s such a small venue that the bands really make an effort to connect with the audience

The End is not a large venue. It’s basically one large room. So when the bands get on stage, they can really see everyone in the audience. At every single show I’ve been to at The End, this has meant that the artists make a real effort to get to know the audience, and they let the audience get to know them.

Don’t just take my word for it though-come see for yourself! WRVU Presents: The Turky Jerky Jam this Thursday (November 4th) at 8:00 PM at The End. See you there!