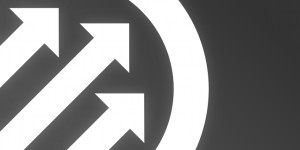 So you’re a brand new DJ.  A little excited, a little nervous to talk aloud to who knows how many listeners.  You know the words to every song on The Essential Billy Joel, both discs.  In high school, you rode shotgun down two-lane country roads in your friend’s doorless Jeep, sticking your bare feet out the side while the first Mumford & Sons album drowned out the cicadas.  No one else in 11th grade had heard of The Decemberists or Regina Spektor.  You thought you were pretty cool; you went to public school.  But now, in college, the older DJs in WRVU are intimidating, and you don’t know any of the bands they’re talking about.  You’re me, freshman year.

Two years ago, I spent a lot of time hunting for new music, though I wasn’t very efficient at it.  Pitchfork was the only music journalism site I’d heard of, and I spent lots of time there without understanding the context of most of the articles.  If I could do it all over again, here’s the resources I’d have used.

If you’re not using metacritic for album reviews, start immediately.  Like Rotten Tomatoes but with scores specifically for music and games, metacritic compiles ratings from critics around the web to give a quick overview of how an album has been received. 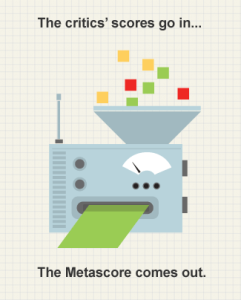 How it works: By default, albums are arranged chronologically by release date.  The numbers to the left of the album titles denote individual “metascores.”  90% of these will fall between 60 and 85.  Clicking on any album gives you the full list of critic reviews, user reviews, and links to artist and label pages.  The Essential Links box on the right, though easy to overlook, houses a plethora of information- an upcoming release calendar, index, and records of both all-time and yearly high scores.

Best feature:  Contextualization.  Since metacritic chiefly covers the indie music scene (with some exceptions), you can use it to quickly determine the current darlings of the indie world.  Even better, you can compare how artists and record labels score over time, and even compare the average scores given out by each critic/publication.

More variety than metacritic and less pretentious than Pitchfork.  If you’re interested in the newest releases from the jazz and classical genres listed side by side with your indie rock, allmusic could be for you. 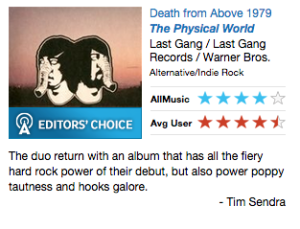 How it works: Like other standard music criticism sites, allmusic has a team of editors who review albums.  They rate new releases on a five-star system, but include user ratings with far more frequency than other sites.  Their artist pages also go into a lot of detail, often with large biographies.

Best feature: Sheer volume.  If you can’t find an album elsewhere, it’ll probably be on allmusic.  Their recommendation feature also works pretty well in comparison to others, for this same reason (you won’t get all the same artists you’re already tired of hearing).  Beware, though- exploring the “all new releases” tab can be extremely overwhelming.

When someone says public radio, symphonies and old jazz standards come to mind, not music discovery.  But being publicly funded has its advantages, and allows NPR to seek out artists outside the scope of the average indie critic.  For the record, this is also true of other public radio systems like the BBC.  These guys are, on the whole, less concerned with reviewing albums and more interested in the stories behind them.

How it works: With scads of writers and resources, NPR covers more ground in the sphere of music journalism than most.  Feature articles are the website’s main commodity, and are extremely well written.  There’s lots of free access to audio and video files, too.  Search by genre or program, and make sure to check out All Songs Considered, the popular musical companion to NPR newscast All Things Considered.

Best feature: Storytelling.  Unlike the review-based sites, which rank albums numerically, NPR focuses on a more personal experience.  This is true for their videos, too- Tiny Desk Concerts, Field Recordings, Favorite Sessions – where NPR puts the listener endearingly close to the action.

The country’s leading college radio station that isn’t run by college students, KEXP is a part of the University of Washington but functions as a non-profit, employing professional DJs.  This station has a stronger live-performance history than most concert venues.  If you’ve seen an in-studio performance, there’s a good chance you’ve seen it with the tag (Live on KEXP).

How it works: Sort of a mix between WRVU, NPR, and CMJ, the website for KEXP offers both a current radio show and its playlist, links to bunches of gorgeous, professional caliber videos, and charts for the week that list the station’s most played albums.  These tend to run parallel to the CMJ charts, or at least similar, so you can get a taste of what’s popular without switching between multiple sites.

Best feature: In-studios.  You can find most of these on YouTube or favorited by NPR.  Less well-known is the publicly available list of upcoming in-studios; get ready for some great videos this fall and winter.

When it comes to social media, you’ve got all sorts of options for keeping up with music.  Every band has a Facebook page, many independent bloggers are on tumblr and I’m sure you could even get on some band listservs if you felt like it.  But when it comes to keeping up with trends and getting a lot of information quickly, Twitter is where it’s at. 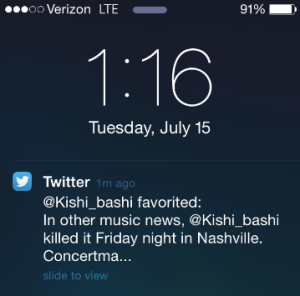 Best feature: Intimacy + brevity.  It’s easy to combine a lot of the best music resources into a feed that’s easy to browse and keep up with.  And as it turns out, the indie music scene is a pretty small world, and many of the most critically acclaimed musicians are friends.  They tweet at each other, get excited and shy when someone more established likes their work, and have funny/insightful things to say.  Plus, there’s few happenings more exciting than having your tweet favorited by a musician you love.