There’s always an awkward moment at seated venue concerts where you’re not sure if you’re supposed to be sitting or standing. From the moment that the British indie rock band Catfish and the Bottlemen took the stage at the Ryman Auditorium on Monday night, they made it clear that this was a standing show.

The night opened with Toronto-based July Talk, who certainly took advantage of their new audience. Frontmen Peter Dreimanis and Leah Fay were tornadoes on the stage, as Dreimanis swung the mic around the stage like a lasso and Fay stood on the band’s keyboard. In one particularly magic moment, Dreimanis erupted into the Carlton, throwing his guitar to the ground. 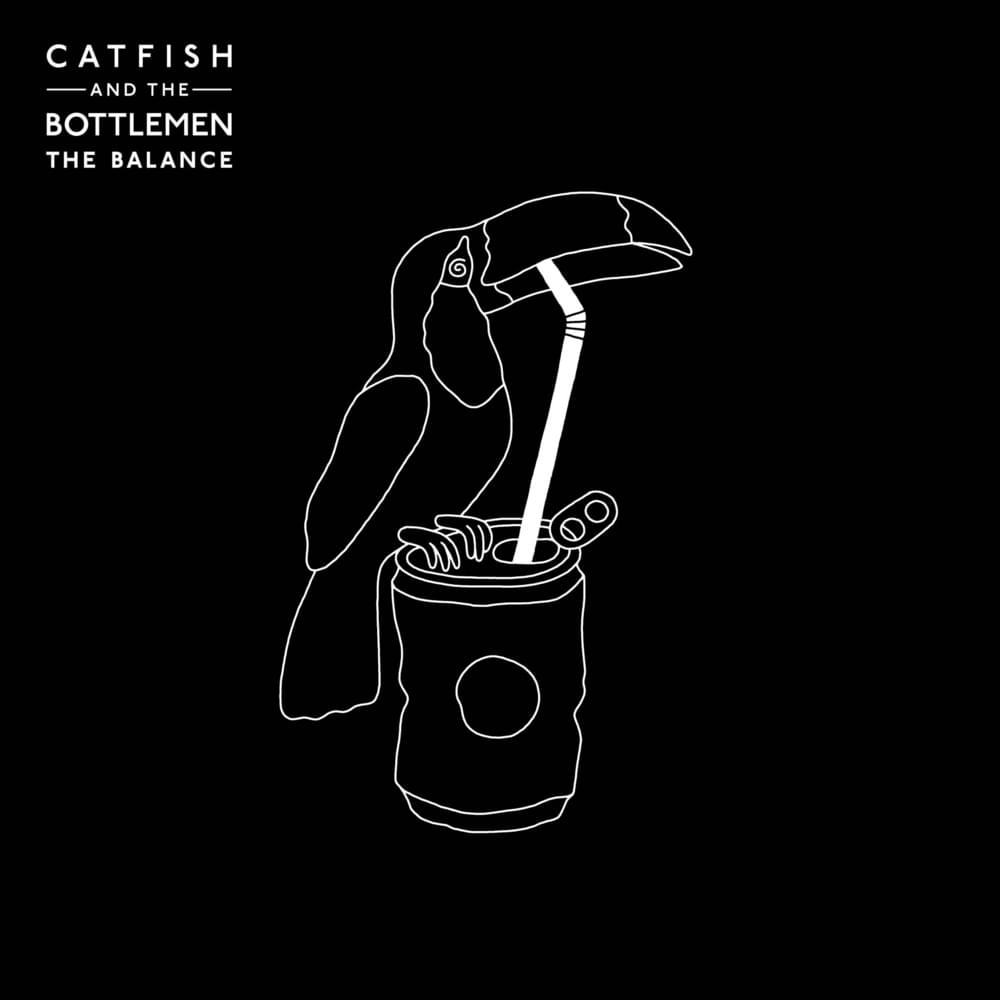 Catfish and the Bottlemen’s latest album, The Balance, courtesy of Genius

As soon as the lights dimmed later in the night, the crowd rose and shouted in excitement as Catfish and the Bottlemen took the stage. The band opened with “Longshot”, off of their most recent album, The Balance. Instantly, the Ryman filled with a choir, echoing frontman Van McCann’s words. The song started with a single spotlight shining on McCann, but upon reaching the chorus, the stage exploded in a flurry of lights and noise. The cover art for The Balance was made into a giant LED, perched behind the band and flashing with various colors and speeds.

From then on, it was a nonstop series of high energy, exciting songs with catchy licks. Bassist Benji Blakeway and drummer Bob Hall acted as a seamless rhythm section. The pair interplayed during each song, but also on stage as Blakeway occasionally hopped onto the drum risers. Lead guitarist Johnny Bond ripped solo after solo, immersed in the music as if not recognizing the screaming crowd of 2500. However, no band member could match the energy and enthusiasm of McCann. From swinging the guitar around his body, running and jumping around the stage and on the monitors, and knocking over his mic stand on multiple occasions, McCann made it absolutely clear that he wasn’t holding back.

The crowd matched the band’s energy, singing along as the band pulled tunes from all three of their albums. Every time that I looked around, I saw a different conglomeration of fans dancing with reckless abandon, completely taking in the music. It’s safe to say that as the Ryman emptied, everyone’s ears were ringing and hearts were beating quickly still, full of adrenaline.

All in all, the concert was a nostalgic experience. As someone who loved rock and roll growing up, but adapted to Nashville’s booming and overwhelming country scene, this concert reignited my love for a harder sound. Catfish and the Bottlemen’s biggest strength is that they don’t try too hard to start new musical trends, rather focusing on music that simply sounds amazing and makes you want to dance, and a performance that gives as much to the fans as the fans give to the band.