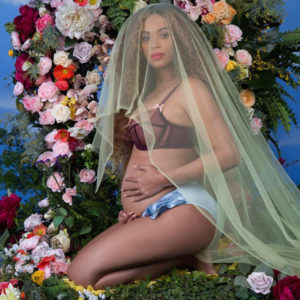 Due to her doctor’s recommendation, Goldenvoice announced on February 23rd that Beyoncé would not perform at this year’s Coachella Valley Music and Arts Festival. Instead, she would headline in 2018 when she is not in the third trimester of twin pregnancy. Despite being replaced by her “Telephone” partner, Lady Gaga, ticket buyers are angry and want refunds. Do these ticket buyers deserve a refund?

“All sales are final. No refunds, cancellations or exchanges” and “Artist and set times are set to change without notice” are plainly written to customers when they decide to purchase a ticket to Coachella. It is clear through these terms that Coachella’s organizers, Goldenvoice, don’t believe that customers are entitled to a refund when a headliner is replaced.

Coachella boasts what may be the best stages, lineup, and location of any music festival in the U.S. which allows them to also be the most expensive. Coachella tickets are only available as three day passes for $399 (excluding shipping and tax), implying that ticket holders will be present for most of the festival. While one artist may be a major draw, it seems difficult to justify spending the amount of money and time necessary for Coachella just for that artist. You wouldn’t drop money for a trip to Walt Disney World solely to ride your favorite ride, Splash Mountain, while ignoring all the other rides, restaurants, decorations, and actors. Sure, it’ll be a bummer if Splash Mountain is down for maintenance, but there will still be plenty to enjoy. Beyoncé has also performed six times in California in 2016 and embarked on seven tours through the U.S. since 2003. It’s very possible to see Beyoncé in both a cheaper and less time consuming venue, but that may mean waiting for the next world tour.

While I believe the decision to attend a festival solely for one artist’s performance is not at all worthwhile, I understand the disappointment these fans are facing. Bon Iver is also performing this year and if the set were cancelled, I would be vastly disappointed. This disappointment wouldn’t take away from the chance to see Radiohead, Kendrick Lamar, The xx, Travis Scott, and so many others for the price of a Coachella ticket. Perhaps these fans should be allowed to trade in their tickets for passes for next year. Thus allowing Goldenvoice to sell more genuine, non-resale tickets to those who were unable to purchase tickets for this year’s festival while keeping the good faith of those who purchased tickets solely for Beyoncé.