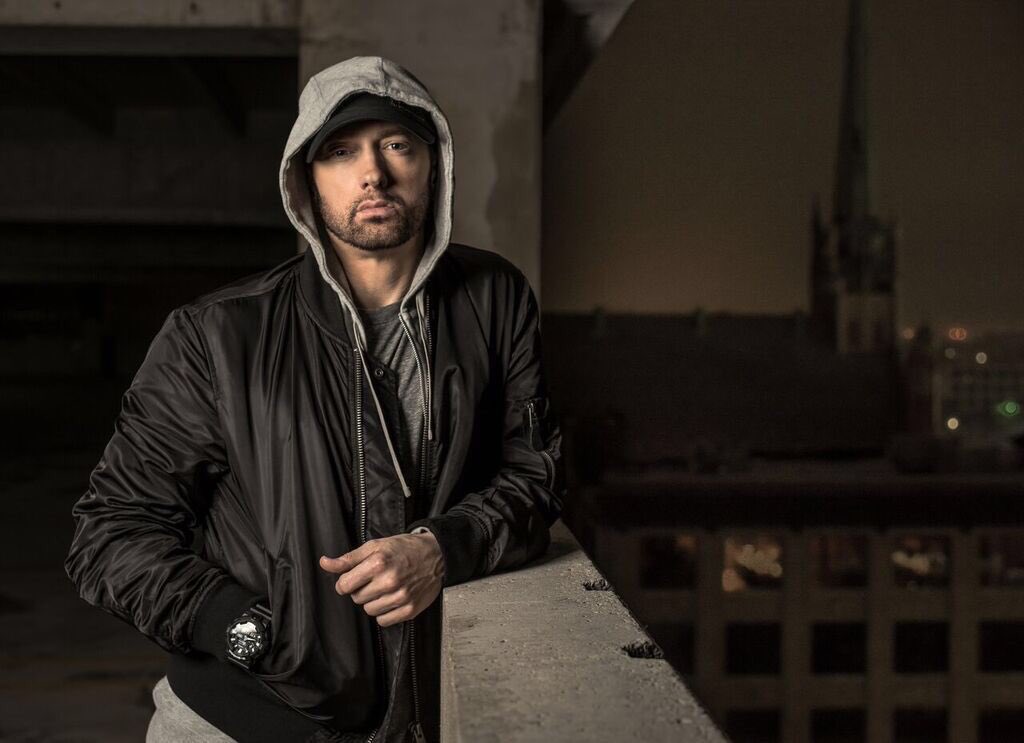 First and foremost, it would be downright irresponsible of me to make any substantive claim, analytical, theoretical, or otherwise, about Eminem’s BET freestyle without first addressing the obvious. Like the pristine river that guides an untamed eye across the canvas, through dark mountain valleys and up into the great blue unknown—that archetype of the transcendental, that ineffable sublime—Eminem’s beard is nothing. And yet it is everything.

A fool might ask, how did Jesus return from his own career hiatus, those fateful forty? My friend… my sweet, innocent friend. He came back with a beard. And he didn’t come back to release the same played out, self-apologizing, really good material of yesteryear. He came back to dirty-shank the heart of the system. To die for our sins. That kind of resolve requires material embodiment, revolution incarnate. It requires a new face. USC Eminem.

He looks the way my middle school bully probably looks now, which is to say, pretty good looking. I remember poring over Lianne La Havas interviews, looking for a sign—anything to get me inside that girl’s tight radar, to help me penetrate her heart’s annals. Then I found it. Eminem was her first musical crush. She was and still is obsessed with him, and even wanted to marry him. She bought all of his CDs and graffitied his name on the walls. She wanted to be his backup dancer. I can only conclude that God hates me—how else could I have been, and always be, by such a fate befallen? Is it not enough that I have the body of Steve Jobs and the mind of Adonis? Must I also have a blonde buzz-cut and baby blue portal eyes? WHY GOD?!

But I digress. Eminem seems to be rebranding himself, utilizing beard as the metonymic signifier of his labor in exile. Like Samson and his severed locks, growing with the passing of the tides, Eminem lost the throne, and he’s been gone long enough to see the throne won and lost several times over. Moreover, his last project was good enough that he can’t possibly expect to reappear without justification for why he left. It follows that he would’ve needed some physical representation of the intervening time, some evidence of personal change manifested in the body—some soft, dark, and bristly reassurance that his fans have not been waiting for him in vain.

But symbolic change must reflect actual change. Eminem made his polemic and the world responded—he spoke the truth, he said nothing new, he destroyed Trump, he wasn’t actually taking any risks, if a Black artist said the same thing they’d be disregarded, and so on. From where I’m standing, which is to say, above everyone else, two things are clear—this is Eminem’s most aggressive attack beyond simply defending himself, and this is his most explicit stance on Black politics. Maybe it was effective, maybe it was original, maybe it was among his better work. Certainly, it distinguishes itself from his past work and marks a decided shift in his career. And to be honest, I don’t think I’d feel that way if his face were clean shaven.

The “freestyle” raises many questions for me. Does Eminem’s apparent respectability deliberately play into the role of Hip Hop father figure—that is, has he conceded that he is an icon of the past, and is he rapping in explicitly, but unoriginally, political terms to preserve and perhaps reassert that image? Does he purport to be a Black leader—that is, a leader of Black people—with his stoic, Black crew backing him up in silence? Are Black celebrities’ grams referring to him as “a real nigga” then the ultimate vote of affirmation? And finally, if he does make this claim of authority on such an obvious visual level, balling his fist up in the air while his crew falls out of frame, then why does he verbally attribute his actions to Colin Kaepernick’s leadership?

I showed this video to my girlfriend, who, from a certain angle and at a certain time of day, looks and sounds just like Lianne La Havas. In fact, I’d been trying to figure out how to convince her to sing “Tokyo” to me during sex, without somehow revealing the connection. The video loaded, Eminem did his thing, and we sat for a moment in silence. “What’d you think?” I asked. “It’s so weird seeing him with a beard,” she responded. “Why’s that?” said I. She answered, “because he’s so good looking.”