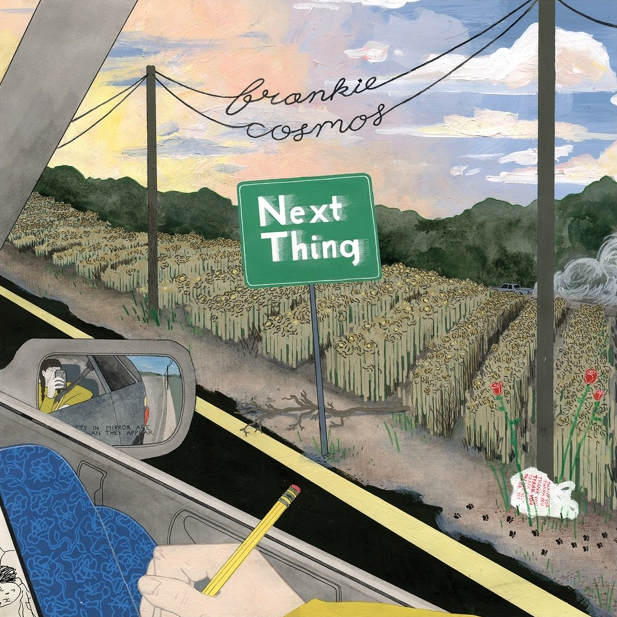 “I’m twenty, washed up already,” Frankie Cosmos proclaims in the aptly-named “I’m 20,” the eighth track off her newest release, Next Thing. With poignantly simple lyrics that paint her persona as one fearful of being a corporate sellout, “I’m 20” most notably marks a transition point in both Greta Kline’s latest album and in her career as Frankie Cosmos—marking a kind of profound recognition as she fears it’s happening, rather than after the fact. With words that touch on the flirtatiousness of being playfully young and also scared of not being young, Frankie Cosmos’ Next Thing is a monument of youth and its fading, and adds tremendously to her body of work, showcasing both consistency and novelty.

Greta Kline loves dogs, as she soothingly sings about in “If I Had a Dog.” What’s so simultaneously captivating and fascinating about Kline’s work is her velvety, buttery voice—one that sings ostensibly about the lighter things in life, like dogs and kisses, and yet often has a touch of darkness. “On the Lips,” a playful track—and personal favorite—off Next Thing, is both upbeat and distinctly young, while “O Dreaded C Town” very pointedly hints at something darker.

This dexterity at juxtaposing simple, youthful, playfully innocent notes with a clear, bleak self-awareness of maturity, facing adulthood—this is a large part of what makes Kline’s music so enticing. Each note seems to be cultivated with a delicate sensibility, and yet injects a harsh sense of reality underneath. “Sinister,” the tenth track on the album, is as light and fun as it is, well, sinister. 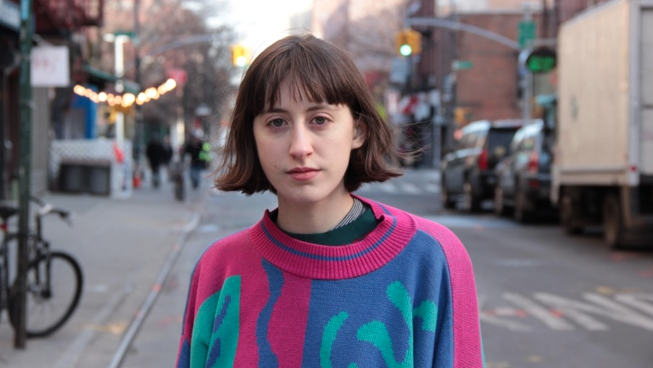 The stark reality of recognizing your lost childhood is far from happy, and yet Next Thing is as young as it is cripplingly mature, and as upbeat as it is serious. Frankie Cosmos’ sound has become more developed—fuller in some inexplicably satisfying sense; there is simply more here than in her past work. More sounds to explore, more complexity in her lyrics, more to discover in the way her voice complements the easy-to-listen-to, minimalist sonic layers underneath it.

And yet, of course, this is no stark departure from her earlier work—on the contrary, this album appears as the natural progression of Frankie Cosmos’ already impressive portfolio. Far from an endpoint, Next Thing seems to be both a milestone in its own right and a stepping stone for Frankie Cosmos’ new and innovative directions to come.

Listen to the beautiful 28 minutes below: