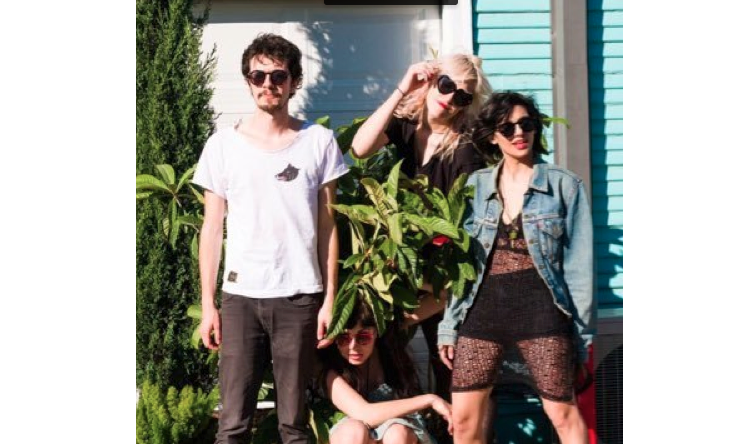 They’re rough around the edges and they’re still finding their swing, but they’re uncompromising. Fruit and Flowers and The Ex Girlfriends came through the studio for an interview with us at WRVU.

They hail from Brooklyn. Now, I’ve never been to New York, but I imagine they are fairly typical residents in that area: spunky and alternative, exciting. (As a self-professed yuppie, they are my opposite). They have the aura of true artists, traveling the country spreading their message and teaching others along the way.

The two bands have not been together long, only about two years each. Yet, they are each cohesive groups, little and loving families in their own right. They were friends, or frequented the same coffee shop, or met each other at concerts.

Now they travel the country playing together–not in stadiums or arenas–but in small, intimate venues. During the interview, one of the band members mentioned that their previous show had only seven or eight patrons. Yet, they weren’t disheartened. They were energized at even the smallest turnout. They don’t travel in luxury and aren’t on the cover of Rolling Stone, but instead do what they do simply for the sake of it, because they love it. They very clearly believe in themselves and they believe in each other, something that made their atmosphere energizing and fresh.

I had a blast interviewing them and getting to listen to some of their music in the studio, so you should definitely catch Fruit + Flowers on SoundCloud at www.soundcloud.com/fruitandflowers and The Ex Girlfriends on Spotify (They just released an EP).