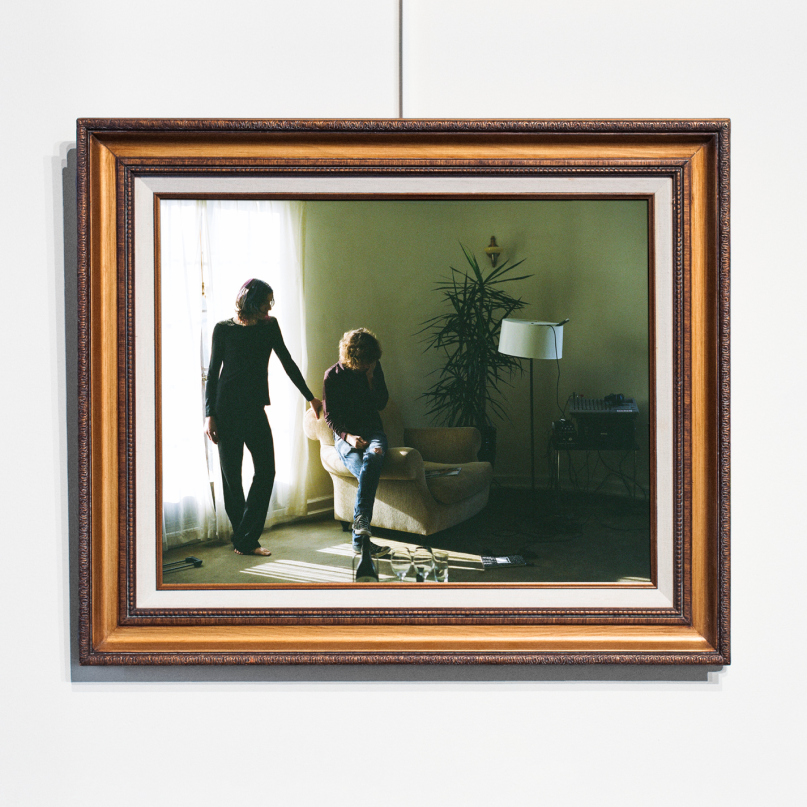 California natives Foxygen recently released their third full-length album, “…And Star Power”, and I couldn’t have been more hyped for the release date.  Knowing Foxygen, I expected to get a blissful mix of neo-psychedelia and 60’s revival, and what I got was so much more.  Their third album marks the first double album from the duo, and with their first double album comes some new elements to their sound.  Even before listening to the album, I noticed a bunch of small tracks in between the longer ones, eventually turning out to be mainly segues between the songs.  Segues are new to Foxygen’s music, and they manage to pull them off incredibly well.

My favorite aspect of the album is the pure diversity across the songs.  Some of the tracks sound like they belong straight out of Motown with incredibly talented, soulful singing, while others sound like they belong to an early Pink Floyd.  The early Pink Floyd sound is especially evident with some of the segues and shorter songs.  Even from the first song, “Star Power Airlines”, you get a slightly more trippy and acid rock feel to the music than previous albums.  Especially when compared to the crisp, clear sound on the majority of their previous album, “We Are the 21st Century Ambassadors of Peace and Magic”, the raw nature of much of the new album gives the band a fresh edge.  The song “Cosmic Vibrations” exemplifies this perfectly.  The beginning of the song sounds just like a noise collage before it transitions into a 60’s garage rock sounding melody.

Foxygen once again try something new by breaking this album up into four distinct parts.  The one that I find most interesting is the Star Power Suite (side two of the vinyl edition).  The suite is split into four parts and shows of several different genres throughout the four tracks.  The beginning seems to channel a space rock feeling before switching into a more soulful feel.  And that’s exactly what I love about it.  I absolutely love when a band can create a consistent piece of music that switch from genre to genre without sounding forced, and at no point during the Star Power Suite does this genre-bending sound forced at all.

Some of the standout tracks are as follows:

They manage to pull it off.  I can’t believe it.  They pulled off a very folky song.  The whole song sounds like it was a collaboration between Mick Jagger (the vocals reminded me of his style) and a folk band.  And at the same time, the “Mick Jagger” element adds almost a slight punk attitude to the song.  It’s a wonderful track, and it’s too bad that it’s only 2 minutes long.

My roommate has been blasting this one from his room for the past couple of weeks since we went to see Foxygen at Exit/In here in Nashville.  And rightfully so, since “How Can You Really” is probably the catchiest song on the album.  As the first single from the album (released July 30th, 2014), one would expect it to be catchy, but this is the type of catchy that doesn’t get old with multiple listens.  My favorite part about the song is the bass melody in the background.  If you can’t get into this song, it probably wouldn’t be a great investment to get the rest of the album.

This is probably my favorite song on the album.  The vocals are chilling, and where I mentioned early that part of the album sounds like it’s straight out of Motown, I’m talking about this song.  Even the background vocals are wonderful (Foxygen is also the only band that I know of that consistently tours with a group of female backup vocalists who sing, dance, and outright get into the songs).  About halfway through the song, it takes a different direction with some upbeat melodies back and forth with guitar and piano, and there is even some glockenspiel during this section.

Foxygen doesn’t disappoint with their third album.  If you enjoy either of their first albums, I highly recommend picking up their latest work as soon as possible.  “…And Star Power” has the potential to become my personal favorite Foxygen album so far, depending on how it stands up over time.