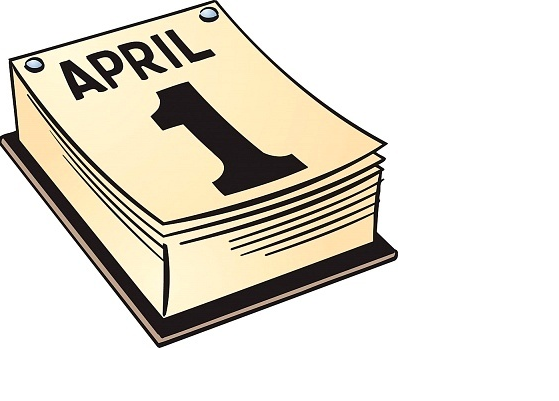 April Fools’ Day is only two days off now. Most people I know think it’s a pretty underwhelming holiday, really, unless you’re my parents, who decided to get married on April Fools’ Day. For a holiday that’s at least 800 years old and was mentioned in The Canterbury Tales, the day is typically only a series of annoyances — failed pranks, jokes that are simply mean, and friends who tell you horrifically tragic news before undercutting it with an exuberant “April fools!”

If you fear that the worlds’ collective attempt at humor will get you down, here’s a list of nine songs that should perk you right up.

“Jenny” — Flight of the Conchords

Never released on an album, “Jenny” might just be the Conchords’ funniest song. Taking the form of a dialogue between a clueless man and a woman who claims to know the man, “Jenny” unfolds an increasingly extensive and hilarious tale over its seven minutes. Best line? When Jenny, trying to jog Jemaine’s memory, says “we watched a movie,” and Jemaine responds with the comedically diplomatic “Yeeaaah….it was something like, but not necessarily, Schindler’s List.”

Frank Zappa used his phenomenal musical aptitude to write scores of hilarious songs ranging from broad humor (“Don’t Eat the Yellow Snow,” “Why Does it Hurt (When I Pee)?”) to satiric social commentary (“Bobby Brown Goes Down”). However, my choice is this bit of absolute absurdity, in which Zappa sings of moving to Montana to become a dental floss farmer. Zappa’s dry delivery makes the song as he sings of buying a horse and riding around with a pair of “heavy duty zircon-encrusted tweezers” in his hand.

Pavement has always had an irreverent sense of humor, and it’s perhaps most on display on this self-aware track. While the choruses are funny in their own right, the best part of the song is the middle, in which Stephen Malkmus asks “What about the voice of Geddy Lee? How did it get so high? I wonder if he speaks like an ordinary guy,” and a second voice replies, “I know him, and he does!” (Also, this music video is pretty hilariously 90s.)

This surprisingly sweet parody song is funny throughout, but the best parts of this song aren’t actually the parts you would expect, but rather the unromantically romantic middle section. “What’s your favorite dish? / I’m not going to cook it / But I’ll order it from Zanzibar” and “You say wait a minute, Sally / I think I got something in my teeth / Could you get it out for me? / That’s f***ing teamwork!”

Leave it to Andy Samberg to write an ode to premature ejaculation and satire of masculine culture, in which club-going privileged white men are undone by their quick draws. The faux-British accents and euro-club techno beat take the song over-the-top, and it builds and climaxes nicely (pun intended) with increasingly absurd situations in which to lose control (“I just ate a grape / And I jizzed in my pants”). Note the Justin Timberlake cameo as a janitor at the end of the video!

“Los Angeles, I’m Yours” — The Decemberists

The Decemberists’ ode to Los Angeles is filled with tongue-in-cheek humor and dry wit. “An ocean’s gargled vomit on the shore / Los Angeles, I’m Yours,” sings Colin Meloy over a Hollywood string quartet and a plucky strummed guitar. Of course, you might not find this funny if you’re from L.A., but oddly enough this song kills whenever the Decemberists play there, despite Meloy singing about how “the smell of burnt cocaine” and “the sweet and bitter taste” leaves him “wretched / Wreaching on all fours.”

Weird Al’s written scores of funny songs over the past 35 years, but “Amish Paradise” might be the best; the rare song that actually transcends and outlives its source material. Few people these days remember “Gangster’s Paradise,” but “Amish Paradise” lives on, purely due to hilarious lyrics like “As I walk through the valley where I harvest my grain / I take a look at my wife and realize she’s very plain” and “But I ain’t never punched a tourist even if he deserved it / An Amish with a ‘tude? You know that’s unheard of!”