Sony Music Nashville announced Tuesday morning that current CEO and chairman Gary Overton would be stepping down from his coveted position in the music industry at the end of March after 5 years of work with the company.

Overton’s departure, which Sony noted as mutual agreement between the company and Overton, comes almost a month after an interview in The Tennessean, in which Overton emphasized the importance of country music radio in promoting country music, praised the overall efforts of Sony in the months prior and spoke hopefully about the future of Sony Nashville in 2015, saying, “We had a very busy second half of ’14. Three of our four superstars — Carrie Underwood, Brad Paisley, Kenny Chesney — had albums out in the fourth quarter. Miranda (Lambert)’s came out earlier in the year. I believe this year we’re going to have two more superstar albums come out and then a Jake Owen album, a Chris Young album, both those guys are in the studio right now. “

Overton’s view of mainstream country radio as the most important vehicle for success in the country music industry drew a lot of criticism from members of the country music community and sparked a mild amount of conflict amongst current stars. 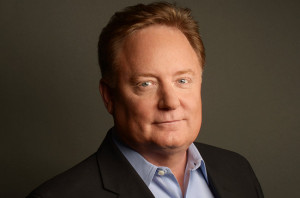 “Working at Sony Music has been one of the most rewarding experiences of my career,” Overton released in a statement on Tuesday. “I will deeply miss the talented team at SMN, but I am also excited about starting the next chapter of my career. I want to thank the amazing staff for their tireless commitment to supporting our incredible artists.”

Sony has not announced any considerations for the position, nor has Overton stated whether he, a long-time Nashvillian, will stick around Nashville or leave Music City behind in search of other prospects.