For those of you who made it out to the show at The End last Thursday night- wasn’t it awesome? For those of you who weren’t there (and I know there were a lot of you), you missed one hell of a show. Three bands were scheduled to play that night: Kid Freud, Good Graeff, and Gunther Doug. While I had to head out before I caught Gunther Doug’s set, the other two bands really blew me away. 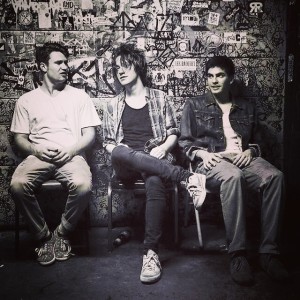 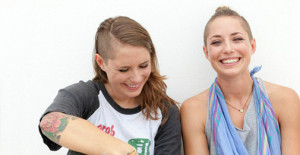 Kid Freud started off the set, playing a smattering of songs off of their new EP The End. They were introducing a new bassist, who if I do say so myself did an excellent job. While I am no music aficionado, he did an absolutely amazing job vibing with lead singer Alex Tomkins and drummer Daniel Closser. For those of you who are familiar with WRVU’s blog, you may remember these names from the blog post written in 2014 detailing the rise of Kid Freud.

Here’s a video I took of their song The End off their EP The End which of course they played at the end of their set at The End. Tomkins made sure to point this out to us prior to its performance.

Good Graeff went on after Kid Freud and followed up Freud’s more rock-based sound with something a little different. Although Good Graeff maintains the key elements of a rock band (drums and a guitar), they also have a cellist whose music is not merely embellishment but is rather an integral part to the song. The band had come out from LA,  a location they just recently moved to from Florida, and maintained an excellent back and forth with the Nashville audience in the times between songs when the cello was being tuned. Like Kid Freud, they added their own energy and spin to the concert.

Although the venue had less-than-impressive attendance, neither Kid Freud nor Good Graeff allowed that to get in the way of them giving it their all. Based on the energy of the performances one would have assumed that they were playing to full crowds. Both groups fully committed to giving the audience the performance they deserved.

It was at this point that I had to leave the venue, unfortunately missing the final act. I must say, however, that if Gunther Doug was anything like the last two bands to go on, then they must have been a sight to see (or, you know, a band to hear).