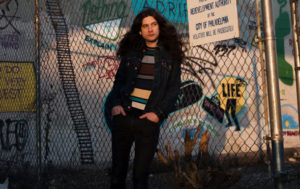 World-class guitarist and songwriter Kurt Vile, along with his backing band, The Violators, are on tour and playing Nashville for the first time in over a year — sure to grace the crowd with their stoned 70s rock sound.

The spring tour follows the fall release of Bottle It In, an illuminating, guitar sprawling album with collaborations from Kim Gordon, Warpaint’s Cass McCombs & Stella Mozgawa, and indie pop band Lucius. The album is patterned with introspective, and at times experimental, guitar picking and Vile’s effortlessly cool lyrics delivered by a hazy voice — an atmosphere of cosmic nonchalance.

Vile’s 2017 collaborative album with Aussie indie rocker Courtney Barnett, Lotta Sea Lice, was also critically acclaimed and proved that the transcontinental pair are two of the best songwriters of this generation. As new work continues to be released, it is clear that Vile’s music is, as always, upwardly evolving. Thus, not only is Bottle It In an incredible listen, it is also his first solo studio album since 2015’s b’lieve i’m going down… and worth hearing live.

WRVU is excited to announce a two-week long giveaway to Kurt Vile & The Violators’ show next Saturday, March 16th at Nashville’s premier music venue — The Ryman. Follow our social media accounts this week for the chance to win a pair of tickets and listen to us live on-air of all next week for even more chances!

If you don’t win, don’t fret, but we definitely recommend buying a ticket anyway, or at least giving the album a stream.