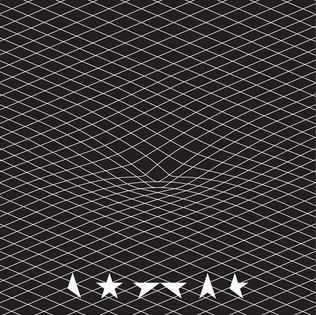 David Bowie released the title track off of his forthcoming album, a 10-minute behemoth complete with a disturbingly surreal music video, about two weeks ago now. And despite almost obsessive listening over the past two weeks, I’m not sure I know any more what “Blackstar” is than I did when I first heard it. All I know is that I can’t stop listening.

First things first: if you haven’t seen the video for “Blackstar”, go watch it. Whatever you have to do for the next 10 minutes is not as important as experiencing this video. You need it in your life. Go watch it now. I’ll wait!

Glad you’re back! That was weird, right? “Blackstar” is almost reminiscent of the Rocky Horror Picture Show in that it starts weird, gets weird, and, just when you think it can’t get any weirder, it gets weirder. Even the most superficial elements of the video’s narrative are obscured, hidden by its nonlinearity. The video begins as a unibrowed woman with a tail (“It’s kind of sexual,” says Bowie) discovers a dead astronaut on a foreign planet. His head has been replaced by a skull bedazzled with jewels and gold. Interspersed with this are scenes of David Bowie, apparently in pain, with a bandage around his face and buttons for eyes, sings along in the attic of a post-apocalyptic shack as two shirtless male models and the wife from “American Gothic” shake and convulse behind him in ways both disturbing and masturbatory.

This is all quintessential Bowie. He appears to take on two other characters during the video: a preacher bathed in mystical light and an expressive showman who croons during the song’s jazzy middle section. And this is to mention nothing of the gesticulating pelvises of crucified scarecrows, the random kid in the attic, or the ritual ceremony held by Ms. Unibrow and her associates, presumably in the “villa of Ormen” which Bowie sings about.

Or is it “villa of Amen?” Or maybe “villa of Oman?” What works so well in “Blackstar” is its unceasing ambiguity and its refusal to be interpreted. If you hear “villa of Amen”, the religious ritual and Bowie’s preacher become the targets of criticism. Indeed, the preacher seems to glare down on everything and everyone below, eventually reducing Button-Eyes to his knees. “Villa of Oman” conjures up imagery of the contemporary Middle-East, heightened by the video’s desert imagery; I saw one analyst who stated the song was about ISIS.

Of course, all of this ornate confusion is accompanied by truly astounding, daring, and fresh music. Heavily jazz-influenced throughout, Bowie’s vocals are almost always kept company by saxophones, which convalesce in the song’s first half into a solo that is at turns dolorous and chirping. The melody is deliberately simple, sounding less like a rock song than a Gregorian chant, alternating between two notes with precision. And this all collapses in the middle half of the song into a spaced-out transition before taking a left-turn into the “plastic soul” of Bowie’s 1975 Young Americans. In the end, Bowie shifts back from funk into the slow march of the song’s beginning.

I’ve seen “Blackstar” described as nu-jazz, art rock, and even as “an avant-jazz sci-fi torch song”, whatever that means. It is all of these and none of these. Suffice it to say that I’ve never heard a single song quite like “Blackstar”. That David Bowie is producing music like this at 69 years old is unbelievable. At times ancient and primal, at times unrelentingly futuristic, “Blackstar” is an utter triumph.