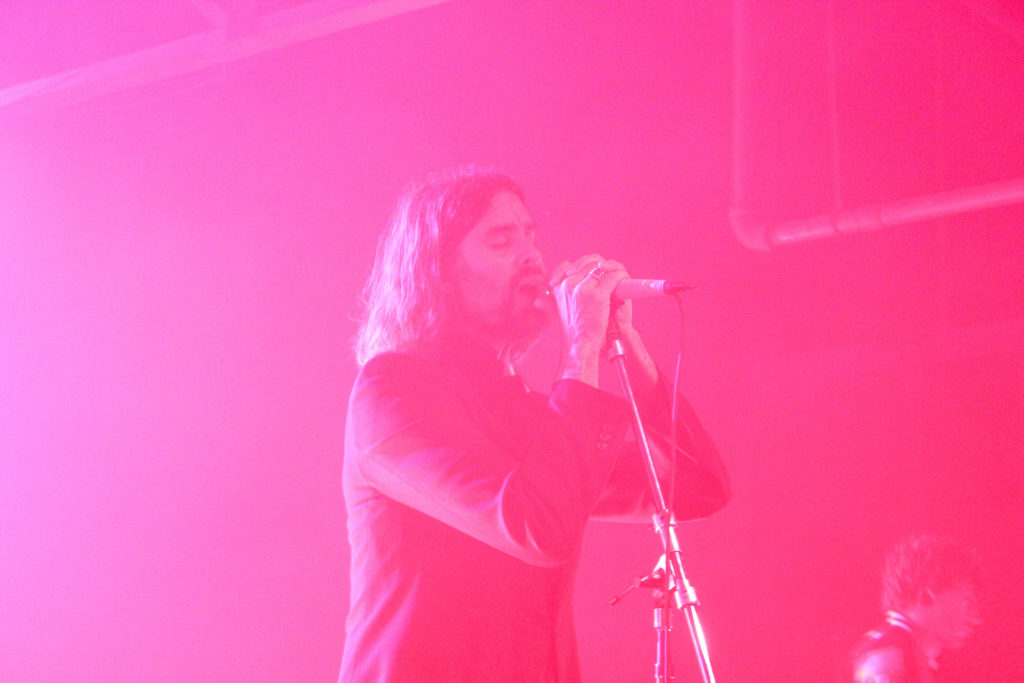 Miike Snow lights up the stage at Marathon Music Works

I was justifiably skeptical in my approach Marathon Music Works for Miike Snow’s return to Nashville after their three year hiatus to pursue personal projects. My sentiment was further warped upon waiting in line to receive my ticket and photo pass, when I was eavesdropping on a woman behind me that was ‘desperately in need of a sitter.’ It was in that instant that I was struck with the realization that I was utterly companionless, afloat in a sea of financial-independence. The late-twenty to late-thirty-year old crowd filled up all the space around me and I buckled in to receive whatever was coming my way.

The local opener’s, ELEL and Myzica, fit the scene and acted as great ambassadors for Nashville’s Indie-Pop Rock//World Pop scenes for those in attendance who were unversed with them (me). ELEL, off of label MOM + POP (same as Neon Indian // Flume // Courtney Barnett), was up first and brought the energy with their eclectic range of band members and instruments. All seven of them (yes, seven) kept an energetic pace, never failing to bring something new with each song as they warmed up the crowd and then some with songs featuring four different vocalists, saxophone and trumpet solos, and feel-good, melodic lyrics. 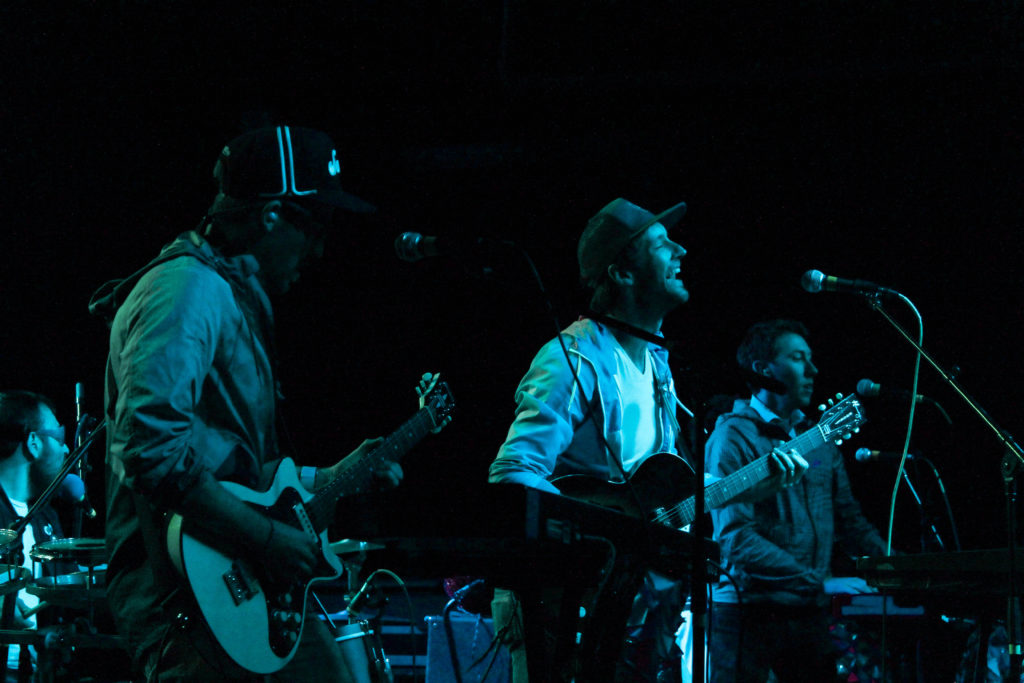 Up next was the Pop outfit Myzica, off label Peptalk, consisting of singer Isaaca Byrd and producer Micah Tawlks. From the first song it was easy to see how the complementing forces of Byrd’s smooth and effortless vocals and Tawlks’ cut and dried electronic cadence have led to their swift success. Byrd easily commanded attention, holding the crowd in the palm of her outstretched hands strictly with her charm. With lyrics often circling back to motifs such as ‘love’, perhaps the best way to describe their sound is ‘pure.’ 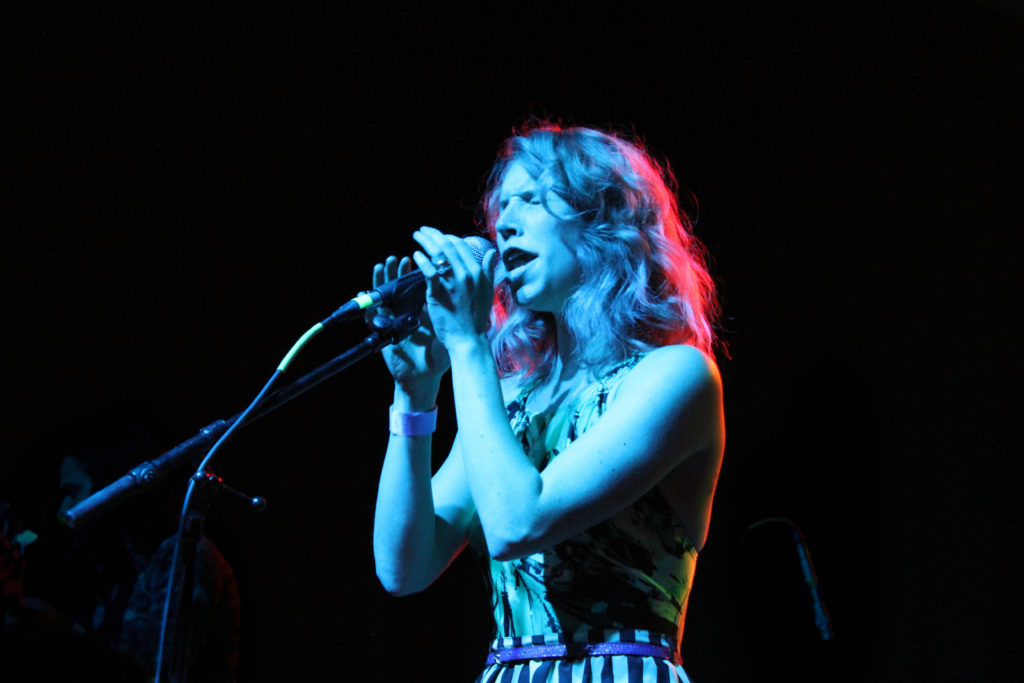 When Miike finally came out to greet the crowd, they wasted no time with introductions, opening strong with ‘My Trigger’ off of their newest album “iii”, a track perfectly capturing their methodical, indie-electronica style. The song screams ‘sex’ so you can be sure the crowd was feelin’ it. As the night progressed they relied heavily on tracks off their first and latest albums, playing “Cult Logic” and “Genghis Khan” in succession as their third and fourth songs of the night. The bouncy-synth of “Cult Logic”, sharp drum hits of “Genghis Khan”, and yearning lyrics in between choruses of both got the crowd going, and I’m almost surprised to admit that it got dancy pretty quickly.

The night continued with Miike all but shying away completely from their second album, Happy To You—only throwing in the concluding track, “Paddling Out”. All in all, the main part of the show consisted of their more synth-heavy tracks, providing an upbeat set-list. One consequential setback with this, however, is that it didn’t feel as though Miike’s stage presence really fit with their music. Lead singer Andrew Wyatt seemed to give off more of a brooding vibe, unable to reflect the energy that the sound and lights were encouraging. Perhaps this ‘brooding’ was due to the fact that the show as a whole was definitely not perfect, having more than its fair share of staging errors and missed cues. But to give Miike their due credit, the roar of the audience can only mean that in the popular opinion they came out on top.

Having only been back together for a couple months it’s natural for there to be those awkward moments. Cues were missed, guitars were taken and immediately given back, and stagehands had to erect fallen microphones more than a few times. But despite that awkward stage presence, the sound was more than great. Wyatt succeeded in his precise deliverance of those high and catchy vocals off the recorded albums, and the duo of Pontus Winnberg and Christian Karlsson showed off cultivated production skills.

Miike finished the main part of their show leaving the crowd wanting more, ending with a live-mixed version of one of their most popular tracks: “Black & Blue”. While his stage presence didn’t fit for most of the earlier bits of their show, after exiting the stage and coming back for their encore with “Longshot (7 Nights)”, Wyatt seemed to be better in tune with the atmosphere. This track came complete with the Mo-Town reminiscent, light and high violin and soft horns, creating the perfect environment to cradle the sexy, but slow, balladic vocals. They then picked it up 100% for the finale with (of course) “Animal”. Throwing in some guitar and mixing solos, as well as some playful flaunting about stage, it was obvious to see that, by the end of it, Miike—and especially Wyatt—had found their comfort zone.

After the show I couldn’t help but be conflicted. Miike Snow is not anywhere close to perfect, no, but they also know and admit to it. In an interview with SPIN band-member and producer Pontus Winnberg elucidated on the band’s unfinished trek to achieve the harmony they left back in 2012, saying “we’re working our way towards the vision of how we want [live shows] to be.” At first I took Andrew Wyatt’s stage persona as arrogant, diva-like even, but after further consideration I’d rescind that in exchange for a position that his actions were more a product of frustration. The best song in my opinion was ‘I Feel The Weight’, allowing Wyatt to strip away the ego I was sensing and to give the audience a dead-on view of the vulnerability that he’s no doubt feeling after just two months back on tour. Wyatt knows there’s a lot of work to be done, easy to dub a show as “the terrible one” in interviews as he did with SPIN. What’s more Wyatt more than knows that there are those that would say he’s past his prime. But his talent is definitely still there. Moreover Miike Snow’s popularity is still there and you can see it in their audience.

While their imperfection was apparent, Miike Snow still handily filled Marathon. The crowd was invested and energetic, forming a great platform to support Miike on their way back to becoming a great band again. They’ve got a long way to go but the interest is there. Furthermore their schedule for the next three months is packed with shows and nearly a dozen festival appearances including spots at Governor’s Ball, Lollapalooza, and Outside Lands. Plus with collaborations with Charlie XCX and Run the Jewels it’s clear they’ve got attention. Their Nashville concert wasn’t the best but it gave a glimpse of what they’ve got to accomplish in the months to come, and their schedule shows they’re more than willing to do it. People are ready for them to be a great band (again), they’ve just got to get there for themselves.