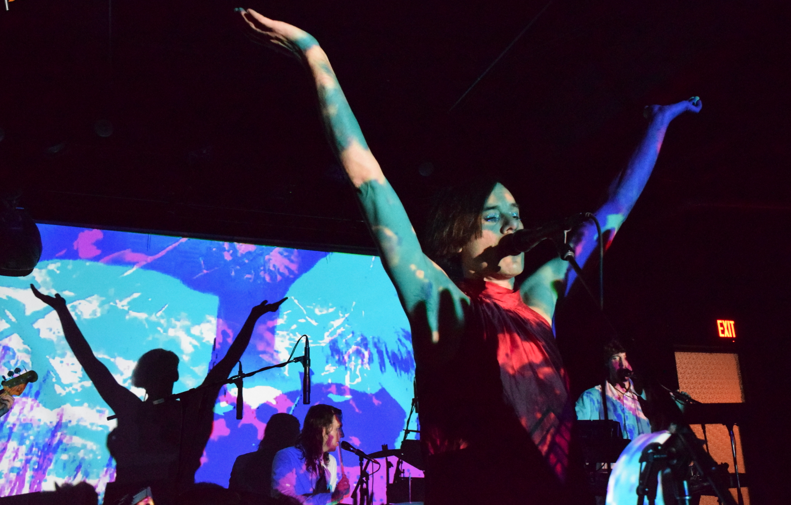 of Montreal’s Kevin Barnes at the Mercy Lounge

Of Montreal has solidified a well-deserved reputation for being a band best enjoyed live—not just for their intense light effects and dancing characters, but also because of Kevin Barnes’ engaging onstage presence and captivating antics. And the Athens-based group’s latest Nashville appearance did not disappoint, with dog costumes, crowd-kissing, and one ephemeral image of Donald Trump.

Diane Coffee—Shaun Fleming’s (drummer of the psychedelic rock band Foxygen) new musical identity—opened the show. If you’ve been paying attention to Diane Coffee from the beginning, you’d easily see that the sound has solidified hugely. Plainly, Diane Coffee sounded awesome, whether you know the self-described “psychedelic motown” songs or not.

It is important to note that of Montreal’s shows aren’t just entertaining, but stretch into the realm of interactive. Mercy Lounge was crowded on Wednesday with eager fans who seemed to know the rituals of the band’s performances: stand in the front row if you want a chance to make out with Barnes, for example; stand anywhere within twenty meters to dance with performers dressed head-to-toe in sometimes undecipherable animal outfits. Expect slowly-deflating balloons landing in your drinks every couple seconds, and the intense light effects may make those front couple rows wish they could have gotten away with wearing sunglasses.

After what appeared to be a quietly hectic set-up once Diane Coffee finished, of Montreal took the stage. But not before their usual ritual of having a morph-suited guy monologue to the masses as a sort of half-intro, half-mood-setting. 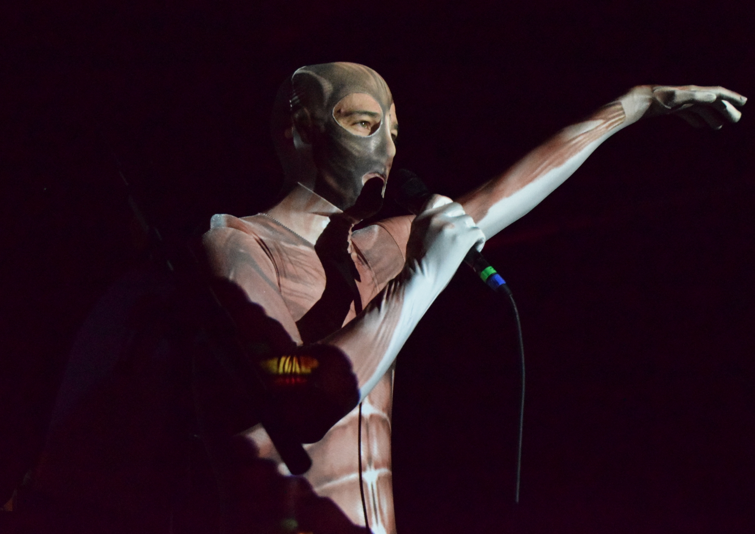 It’s been a different morph suit every time I’ve seen them.

Their live performance is, even, often topical and subtly socially conscious; some of the images flashing behind Barnes’ head—if you watch the bombardment of visual stimuli carefully enough to catch them—ensure you know that this performance does not exist in a vacuum. Some memorable ones from Wednesday were comical photos of Donald Trump, pictures of protests against police violence, and general images of psychedelia. 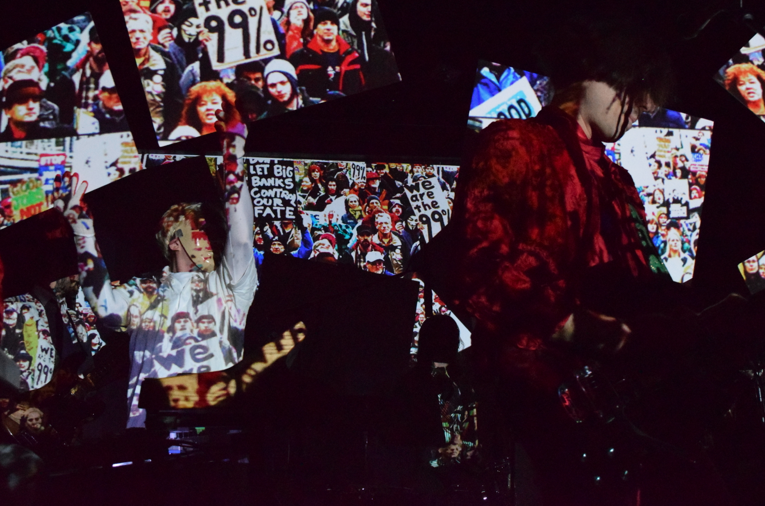 The images flash by quickly, but hover just long enough to make an impression.

The onstage effects do not, however, distract at all from the music itself. Barnes’ vocal range—one that sounds so pure it seems almost artificial through your headphones—is just as honed in real life. The repetitive notes in “Gronlandic Edit” are perfect in person; the despaired whine in “She’s A Rejecter” had everyone singing along. Of Montreal has an incredibly clean sound, and this translates live. Far from chaotic, the visuals work with the band’s cohesive music quite well. Their electric performance was both constantly fun and exciting to hear from anywhere in the room.

Of Montreal certainly doesn’t get exhausted too easily. Playing for about two hours, they performed two encores, touching on songs from all over their huge repertoire. Considering they tour often—this was their second visit to Nashville in a year—and have been around for relatively long, it’s a wonder they haven’t yet tired themselves out with their elaborate sets and wild antics. Simply, you don’t go to an of Montreal show to “chill,” nor should you expect anything less than diehard followers encouraging you to dance along the whole time. Of course, no complaints there—of Montreal will hopefully make another Nashville visit soon, with all of their visual effects and innovative sounds in tow.