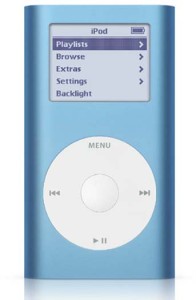 The other day, as I stumbled upon some old photos of myself deep in the crevices of my computer files, I started reflecting on my middle school self. I was, of course, rocking the typical emo/pop punk kid uniform of as much pink and black  as possible and sporting thick, black etnies in most of the photos. In a few pictures, I’m seen with a metallic blue iPod mini on hand.  So, the other day, I started thinking about the bands I was listening to back in 2006 and thought I’d give you all a recap of my ultimate favorites at the time. Hopefully some of you can relate.

–Cute Is What We Aim For: of course you remember them; the singer with the long, swoopy hair who sang The Curse of Curves

-The Hush Sound: joined my life and became the turning point of my music taste. I went from listening to radio hits from Teddy Geiger and Sugar Ray to digging up more underground music almost immediately

-Weezer: there was a boy in my class who would alternate between writing El Scorcho – Weezer and Pink Triangle – Weezer on his hand everyday as if it were a tattoo so at some point in middle school I checked out Pinkerton and became terribly invested in Weezer’s sound

-Mayday Parade: a middle school staple, the first band that I really loved wholeheartedly for their first two albums, a group that still holds a little place in my heart

-My Chemical Romance/Fall Out Boy: who wasn’t listening to Black Parade and From Under The Cork Tree?

–Dave Melillo: I was totally convinced that I’d found the next big musician and that this guy’s career would explode but, sadly, it never really did

-The Bravery: the perfect combo of darkness and pop

–Blue October: the pinnacle of prepubescent angst and inner torment

-Hellogoodbye: i first heard this song on someone’s myspace page and fell in love…and this band is definitely still killin’ it nowadays

All Hail The Heartbreaker – The Spill Canvas

Autumn In Amherst – Standard Of Living

Feel free to comment with a link of something you used to listen to in some forgotten era of your past. For me, looking back at my old iTunes library definitely brought up a few smiles and embarrassing memories.