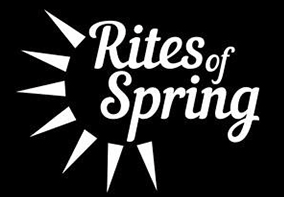 At the end of every Vanderbilt academic year, on the verge of finals, anticipation starts to boil over for the annual Rites of Spring music festival. Recent years have seen EDM juggernauts, hip hop stars, and stadium rock bands alike take their shot at Alumni Lawn glory. So what has The Music Group brought us this year? We asked WRVU DJs for their favorite tracks from this year’s Rites artists, and here’s what they had to say.

We can expect Young the Giant to perform an energetic and fun-filled set this Saturday. You may be familiar with “My Body” and “Cough Syrup” already, but you definitely need to also check out “Apartment” off their debut album. This track starts off soft with Sameer Gadhia’s crooning vocals and a strumming guitar (think Weezer’s “Island in the Sun”), but before you know it, the drums and tambourine kick in and suddenly you’re cruising down a California coastline. “Apartment” makes you feel like summer is in full swing and is sure to be a crowd-pleaser, so take a listen before the show!
–Ellen Marie Andrews

Chance the Rapper hasn’t been much of a rapper lately. After his breakthrough 2013 mixtape Acid Rap got him some high-visibility features alongside chart-dominating artists like Bieber and Madonna, he retreated into a brief period of relative silence. He hasn’t been that silent though, since he’s been lending his unique, raspy vocals to his collaborative soul-funk band, The Social Experiment. “Wonderful Everyday: Arthur”, a cover/reimagining of PBS show Arthur’s theme song, reveals what this new incarnation of Chancellor Bennett is all about. This one is for live-show sing-alongs and Gen-Y nostalgia, and it’s a showcase of the diverse musicianship of his full backing band. Get ready for a laidback, R&B influenced Chance and the Social Experiment this Friday at Rites of Spring.
–Bo Kennedy

Hailing all the way from Alaska, Portugal. The Man’s 2013 album Evil Friends is incredibly catchy. Out of all the tracks, “Atomic Man” is the catchiest. Is this song about a bad break-up? Or maybe uranium poisoning? Why does the narrator think he’s the moon? We may never know. What we can know is that the upbeat bass line demands head-bobbing from even the least enthusiastic audience member. Throw in some sassy lyrics and we have a song fit for a college music festival. The perfect mix of angsty and chill, “Atomic Man” is a must-listen before Rites this weekend.
— Katie Linek

Faheem Rashad Najm, more commonly known as T-Pain, has always been rap’s unabashed romantic. Long before Future’s “Turn On The Lights”, Pain laid his heart out in auto-tune over 808 snares, falling in love with everyone from the stripper to the bartender. Besides being a hook-machine for various rappers, he essentially fathered the Auto-Tune technique that’s become a mainstay of the Southern trap sound. Every pitch-altered warble, croak, and skrrt you hear on the radio pays homage to the altar of Mr. Tallahassee Pain himself. From his 2013 single “Up Down” to this year’s well-received mixtape, he’s proved he hasn’t just hit a lick only to fade away; the man’s got staying power. 2005’s “My Place” is the standout for me, in which Pain strips away the Auto-Tune, nods to the spirit of Marvin Gaye, and old-school croons his way through heartbreak over a swaying funk cut.
–Linzy Scott

On his 2014 debut album Strangers, RAC (short for “Remix Artist Collective”) strays from the remixing repertoire that put him on the map. One of these original songs, “Hollywood”, featuring fellow solo-DJ whiz Penguin Prison, showcases synthesizer, infectious guitar riffs, and a driving central beat. Strangers is full of single-ready, breezy synth-pop like “Hollywood”, which has propelled RAC from the depths of Soundcloud to sunny music festivals worldwide. Having already cemented his position as the premier re-designer of indie rock royalty’s hits, RAC is now making waves with his original talent as well. He certainly deserves (and after a song or two, will earn) Vanderbilt’s undivided attention at Rites this year.
–Blaire Morrison

“Cold As It Is” is one of the greatest The Lone Bellow songs because it embodies all of their best attributes: their originality, their versatility, and their lead singers’ beautiful voices. Even though they are often recognized as a folk or country group, they are not afraid to diverge entirely from this sound and create something new and awesome. “Cold As It Is” is innovative and bluesy, but still carries the classic beautiful vocal harmonies The Lone Bellow is famous for. This song is worth a listen, and goes to show The Lone Bellow is a musical force that is here to stay.
–Sammy Spencer

You probably already heard Matoma’s smash-hit “Old Thing Back” remix, which conveniently blew up after he was booked for Rites of Spring. If you liked that track’s transportive tropical instrumentation, the Norwegian rising star has a lot of similar remixes up on his Soundcloud. His take on Jay-Z’s “Roc Boys” is a highlight: Jay’s 2007 verses are recast alongside major-key piano chords, blissed-out pan-flute melodies, and live-sounding handclaps. Don’t be fooled by Matoma’s relatively recent arrival to the electronic dance scene or his early Friday set-time, you’ll be kicking yourself for missing such a trendy sound.
–Zach Shealy

These local darlings have been tearing up the burgeoning Nashville synth-rock scene and bring indie cred to Saturday’s lineup. In terms of their style, think The War on Drugs grounded in more earthly energy and rock influence. The highlight of their catalog is “Fits and Starts”–a song that fits its title sonically, alternating between hushed yet frenetic verses and huge, dance-y choruses. I’m a big fan of the distorted keyboard tone the band uses–it sounds like a tiger prowling down West End at two in the morning–and Ellsworth’s vocals reverberate on point. He and his Great Lakes should be worth getting to Rites early on Saturday–they’ll pump you up, State Farm-style.
–Zach Blumenfeld