Released in the after-hours of the Grammys on February 12th, DJ Khaled’s “Shining” is definitely one of the best songs in its genre of this very young year, and just about everything about it works. It’s Khaled’s trademark pop production firing on all cylinders, and its arrival after last year’s “For Free” is evidence of Khaled’s sustained return to form as a hit-maker.

While that 2016 Drake-assisted track was light, catchy as hell, and constituted an easy radio win for the Miami DJ, “Shining” forgoes the playful sleaze of “For Free” for a more uplifting, feel-good celebration of, well, basically Beyonce and Jay-Z. Khaled has made a long career of essentially serving as a hype man for himself and his chosen collaborators, and his best songs always demonstrate a man who knows exactly when and where to step out of the way. He’s not exactly the masterful architect that Kanye is often cast as when it comes to putting together featured artists on a song, nor is he Travis Scott, who raps with his collaborators but also shifts himself to accommodate the mood of the track and the style of his collaborators.

Nah, Khaled is the populist orchestrator, and as such, he often comes across as neither the “Artist” that Kanye operates as, or the auto-tune chameleon that Travis is. Most of the time he just sounds like a normal (albeit, loud) guy yelling with people who sing or rap, which is not inherently a bad thing, and when you’re yelling with the likes of Beyoncé and Jay-Z, you’re probably going to end up with a hit. 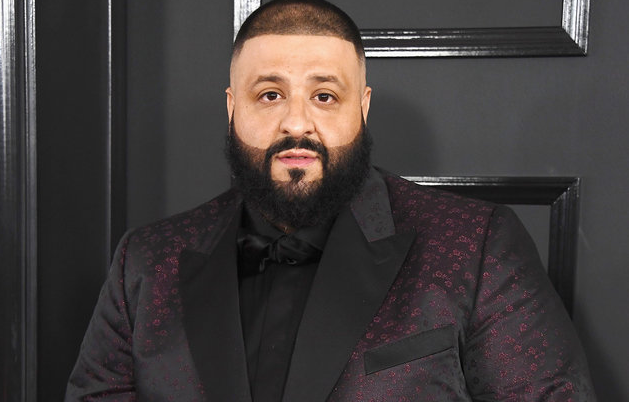 Picture this: Khaled, the expert yeller, Jay-Z, giving you one of his best resurgent verses while he raps about having twins and knowing who 21 Savage is (Jay-Z really gunning for that #1 Dad spot man), and Beyoncé, who at this point in her career, has utterly mastered the act of sweetly letting you know that she is literally the best and is taking no L’s (we’re all very lucky to be living in the same time period as Beyoncé). Now picture all that riding a rumbling beat that hinges on a wonderful sample of Osunlade’s 2013 track, “Dionne” (itself a track that hinges on a wonderful sample of Dionne Warwick’s 1970 pop/soul gem, “Walk the Way You Talk”) and all of this is wrapped up and presented with the cover art of Khaled’s smiling son and executive producer, Asahd Tuck.* So yeah, we have a winner with “Shining” and as Beyoncé says, you can’t really be mad at all this winning.

In a career measured by anthems, this is DJ Khaled’s best anthem since his We the Best Forever-era days back in 2011, when “I’m On One” was making its rounds on high school dance floors. Back then, it was Drake, Rick Ross and Lil Wayne that kept Khaled’s sullen club hit at the top spot of the R&B/Hip-Hop Tracks chart for 11 weeks, and now with this track built on Beyoncé and Jay-Z’s radiant celebration of the act of winning, Khaled seems to have found new suns around which his best tracks always seem to orbit.

*You’ve also got to consider this interesting stuff about Osunlade and Dionne Warwick. Osunlade, along with being a musician-producer, is a Yoruba priest, and Dionne Warwick was appointed to the position of United States Ambassador of Health by Ronald Reagan in 1987.