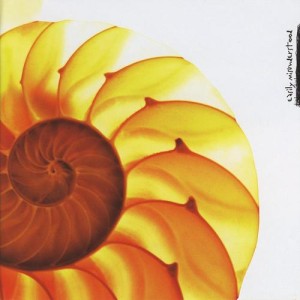 Every semester on the WRVU DJ application we are asked, “What’s your favorite album that no one knows about?” For the last four semesters I have declared that The Samuel Jackson Five’s Easily Misunderstood is, in fact, that album. I realize that there are probably some of you who have heard it, but I hope after reading this that some of you will scroll down to the embedded Spotify link and experience the post-rock mastery.

Easily Misunderstood dropped in 2005 as the Norwegian group’s sophomore album. In middle school at the time, I must admit my first draw to the album was the group’s genius combination of Samuel Jackson and The Jackson Five, coupled with the album name. In fact, whenever I mention the band’s name to people they think I’m joking, so “Easily Misunderstood” isn’t just a clever name.

In all seriousness, this album is still impressive to me almost ten years later. It is melodically and harmonically captivating and rhythmically interesting. The Samuel Jackson Five incorporates a myriad of instruments in their tracks, from violin to saxophone, which adds color that I rarely hear. The instruments truly sing on each track, and for those of you who do not listen to instrumental music, I’d bet you won’t miss the absent vocalist if you give this a listen.

Tracks range from hard rocking post rock, such as “If You Show Off the Milk, Who’s Gonna Buy the Cow?” and “Charlie Foxtrot Queen” to more slow and beautiful melody-based compositions, like “Person Most Likely to Enjoy the Taste of Human Flesh” and “Easily Misunderstood.” I suggest, as I do with any post-rock album, that you listen to the entire thing in one sitting as a whole piece. There is a flow of rising and falling energy that makes it perfect for a night drive or even as study music.

Now into the actual music. If you’re a fan of interesting rhythm like me, I suggest focusing on the subtleties of their melodies and how they flawlessly combine odd meters in a way that sounds natural. Start with “Person Most Likely to Enjoy the Taste of Human Flesh.” The guitar melody begins, deliberate yet stimulating. But if you listen deeper, you’ll discover the melody dances between a 6+9 beat phrase, then a 6+8 beat phrase. The drums are nuanced and lightly accent the swelling instruments.

Then take “Easily Misunderstood.” The piano’s 9/8 meter may sound more obviously odd, but again the natural interplay of rhythms among the piano, bass, drums, and violin is subtle yet complicated. The short bridge section in 5/8 draws in aspects of the previous melody so that it flows seamlessly. The outro integrates and expands the previous phrases in a beautiful and pure violin showcase.

I could go on and on about every track, like the slow exploration of phrases in “Michael Collins Autograph” or the almost cinematic “Switch Ambulance Trip” (great for a rainy night), but I’ll leave that for you to explore.