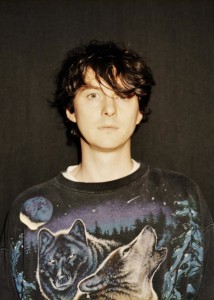 Noah Lennox, who goes by the stage name Panda Bear, has recently released an EP titled Mr. Noah. However, the good news does not stop here. The release of Mr. Noah comes shortly before the anticipated “Panda Bear Meets the Grim Reaper” album that is due to come out on January 13, 2015. With Panda Bear’s renewed activity in the music industry, I wanted to take time to recount the many accomplishments and upcoming developments of an admirable musician.

Currently residing in Lisbon, Portugal, this experimental musician is most well-known for being a drummer and founding member of Animal Collective. His music usually revolves around ambient, electronic, and psychedelic genres.

Also if any of you were wondering, his name comes from his habit as a teenager of drawing animals, particularly pandas, in his free time. This later translated to iconic album artwork.

The band itself was a huge success.  The group formed after Lennox joined up with long-time friend Deakin (Josh Dibb), who later introduced Panda Bear to his high school friends Avey Tare (Dave Portner) and Geologist (Brian Weitz).

Their most popular album, Merriweather Post Pavilion, features Panda Bear as lead vocalist on 4 of the tracks, most notably “My Girls” which was written in ode to Lennox’s wife and daughter.

In earlier tours, Panda Bear and other members dressed up in costume. He would wear a Panda hoodie and face paint on occasion. As time went on, the costumes wore out, but they continued to work on creative projects with a current total of 9 studio albums, 8 EPs, and 1 visual album.

Much of Panda Bear’s later career was spent split between Animal Collective and as a solo artist. He did have an early start when his debut album Panda Bear was released in 1999. However, he invested most of his time touring with Animal Collective back then.

His most acclaimed album was Person Pitch which was named the top album of 2007 by Pitchfork, Tiny Mix Tapes, and had recognition by musicians such as Bradford Cox of Deerhunter, Grizzly Bear, Vampire Weekend, and Diplo.

After this album, he released Tomboy in 2010, which was also acclaimed, but not to the same degree as Person Pitch. And now, he is posed to release his following album in January.

This EP is fantastic in my opinion. It is catchy, captivating, and everything there is to love about Panda Bear. I can only imagine what the upcoming album will sound like. There is some obvious influence from his previous albums with the familiar droning and echoing that has become his signature.

Furthermore, it exhibits groovy vibes of the 60s with an electronic twist. One highlight of this album is the collaboration with Peter Kember, a former Spacemen 3 member who is a premier shoegaze artist.

I highly recommend a listen, starting with the most popular track, “Mr. Noah.” And don’t forget to mark your calendars for January 13 to listen to the new album!