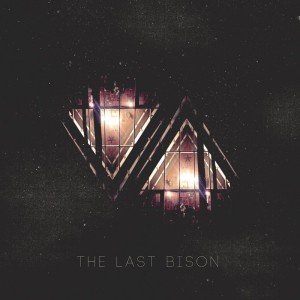 “I feel like our previous music was fall and winter music.  I wanted this new album to sound more like summer.  I want people to feel like they walked outside on a summer day.”

Although it was recently released at the start of fall, VA captures the quintessential moments of summer displayed flawlessly in these 11 songs recorded in “the Wigwam,” an A-shaped cabin featured on the cover of the album. Quite fitting for the aspired theme and feel of the album, “the Wigwam” sits on the property of the summer camp where the band members grew up around, Triple R Ranch. This newly converted “studio” right off of Bunch Walnuts Road is a place of comfort and serenity that offers the music a home. While recording the album, the Last Bison did not let any piece of the organic melodies slip away. Microphones were placed near the wooden walls to collect the sweet sounds as they bounced off of the walls and into my entirely too loud headphones a few months later.

We embark on a journey with no desire to find an ending as the first track lyrically and figuratively blows us south again to the “Bad Country.” This picturesque lyric and percussion-based track highlights the impending musical experience as the sound builds on itself throughout the song.

The Last Bison never fails to weave deep meaning and biblical references through the heart of every song, which is exemplified in “Burdens”, a song that captures these critical elements while soothing us with the hook, “all who are weary/come and lay your burdens down.”

Every song, precisely arranged and eloquently harmonized, pulls you in from whatever state you are in as it twists you around and drags you through a whirlwind of emotion. We are all on a 4-minute long roller-coaster ride that starts off slow but builds up and up and up until it peaks and lets us off with positivity flowing through our veins as if life and worries do not exist.

The last track “She Always Waves At The Gate” seizes this emotion as the last lines state, “Take me with you/I can’t stay here” as Ben Hardesty’s rustic voice lays a blanket of contentment over your body even as the lyrics possess yearning.

VA goes back to the basics and foundation of The Last Bison as they are able to capture every note precisely how they imagined it when writing each and every song due to their recent independent status. This turn of events did nothing but accentuate my already welcoming reception to the album as the independence allowed the band to depict their engulfing, live sound more than their previous album Inheritance under Universal Republic. Ben Hardesty, lead singer, emphasizes this feeling exactly when talking about recording in LA, “At Sound City, if you wanted to take a break you would step out the door and be in a parking garage, It’s definitely not the same thing as stepping out into these woods, or over to that sweet old treehouse over there. I grew up here. These woods are my stomping grounds.

The Last Bison 100% captured the sound they were looking for, molded into their self-description, “Mountaintop Chamber music from a seven member band” and triumphed the daunting task of releasing a new album without the backing of a label.