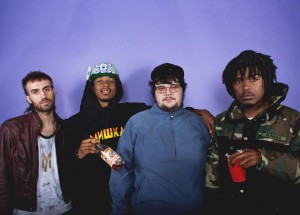 If you’re up for seemingly no reason at all at 3AM or any approximate time, you probably should be listening to Oakland rap duo Main Attrakionz. If it’s 3AM (or around that time) and you’ve already made the necessary and vital steps of queuing up some Main Attrakionz tracks, you should especially give attention to the Main Attrakionz tracks that feature them rapping over looped-out masterpiece beats from Bay Area production duo Friendzone. If you’ve made all these steps then why not make the easy effort and commit to listening to only Main Attrakionz and Friendzone for the rest of your natural life?

The phrase “a match made in heaven” is pretty contrived, but it also seems very useful in describing what’s happening here with these four. “Cloud rap” has apparently arisen, died, and gone through a revival in like what, 5-6 years? I mean 6 Kiss was released in 2009 and I heard Clams Casino doesn’t make beats anymore but who knows anything anymore. Not that it matters, but is cloud rap to rap as shoegaze is to rock? Regardless, to call Main Attrakionz and Friendzone cloud rap is to really diminish their sound, but if God, with infinite wisdom, decides that Main Attrakionz and Friendzone ultimately, actually do make something called “cloud rap” then cloud rap is not dead, but is actually being perfected in repetition, every time a Main Attrakionz + Friendzone collaboration graces the world. Hyperbole (it took me so long to remember this word, you know when you know what a word means but you just can’t remember the word itself and you have to pause whatever you’re doing to recall it) is starting to take this article over but what’s fun music writing if not glittering hyperbole?

Every Main Attrakionz and Friendzone song is perfection as a practice, a cyclical rap shrine constructed out of perfectly placed hi-hats, swirling textures, perfect cadences, and shouted mantras. Maybe what makes this group so essentially great is the fact that it is made out of whole, independently formed elements. Main Attrakionz live, eat, and breathe rap, like many do, but the key difference is that Squadda B and Mondre M.A.N. can rap, and they can rap effortlessly and compellingly and passionately. Listen to their verses enough and they really do start to sound like mantras, words meant to guide and to help. The lurching “Nothin Gonna Change” carries the shouted chorus “I’m blowing dark grapes / beating on my chest, King Kong 808s / gotta have heart / gotta have faith / a little bit of patience if the game make you wait”. They explore the cycles of good deeds and selfish lows that everyone lives through on “Diamond of God” while also rapping: “You the sh*t and you knowin what we talk about / Keep it lit and you get everything you dreamed about / think with your mind, not your heart / fiend it out / in four years you be the king of the city now”. You feel like you can trust their lyrics because you realize they’re rapping to themselves, culling inspiration from their lives and thoughts into motivation raps.

And Friendzone aren’t just random faces churning out beats for rappers to exploit, their full-length releases Collection I and DX portray music that welcomes obsessive listening. They don’t sound like a pile of instrumentals that sound cool but feel like they need rappers over them; Friendzone’s beats bloom and captivate on their own. Their progression of sound as witnessed from Collection I (2012) to DX (2013) has been astounding; they’ve gone from making beats that amaze and loop beautifully to stuff that mutates and shifts aggressively, beats that consistently reassemble themselves as they continue. I mean have you listened to “POLY“? Those polyrhythms will make you cry, make you believe again or something. James Laurence and Dylan Reznick know the value of weird harmony, of patching conflicting and disparate sounds over and beside each other until the result makes some sort of familiar sense. They’re great fans of music as well, listening to everything from J-pop to R&B, from Air France to Mac Dre. Needless to say, they listen to a lot of rap. Friendzone’s frenetic music sounds right at home in the frenzied landscape of this current world/age, where everything can happen and we’re post-____ with a lot of things. I mean Lil B got a feature on a Lil Wayne mixtape, there are fashion tumblr blogs dedicated to a baby (North West) and various people somewhere decided it was a good, financially sound idea to come up with, film, and release another Paul Blart Mall Cop movie. Anything can happen. Sometimes these seemingly random and surprising things happening can be great things, like Friendzone getting one of their beats on a US Billbaord 200-peaking album (Long.Live.A$AP) If “Fashion Killa” sounds like a victory for Friendzone fans it’s because it feels only right that their beats reach wider audiences.

Listen to 808s & Dark Grapes II and you’ll hear struggle but you’ll also hear a simple, hopeful confidence burning behind it all. Main Attrakionz are the rappers who will shout, “You ain’t gotta prove you hard / That’s in your heart / Where you go is where you stay / Don’t choose the dark” and make it work, make it sound great. Friendzone are the producers who will make a beat composed out of soft “oohing/ahhing voices, piano strokes, and cascading drums sound like some small feat of transcendence. The union of these two duos is really exciting to witness in real-time, especially since they sound like they’re only improving their craft and progressing the vision with their new releases. If you need reassurance that the upcoming 808s & Dark Grapes III is going to be hella, listen to the hypnotic bounce of “Women We Chase”. Main Attrakionz and Friendzone are the rare artistic collaboration that just works, in every way under the sun. At their best, they approach something bordering on grace.

Would like to point out that with the use of “hella”, “Attrakionz”, and “Friendzone”, I’ve sorta taught Word’s dictionary three new “terms”. Learning is what life’s all about. Life is also about patience, such as the sacred patience I exercise while waiting for 808s & Dark Grapes III.

As for ending, here’s a picture that is (as far as I know) unrelated to both Main Attrakionz and Friendzone, but really what better picture could there be to end the “WRVU blogging season”? 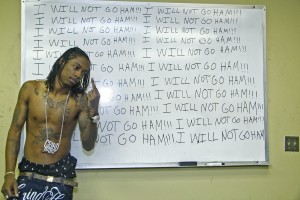