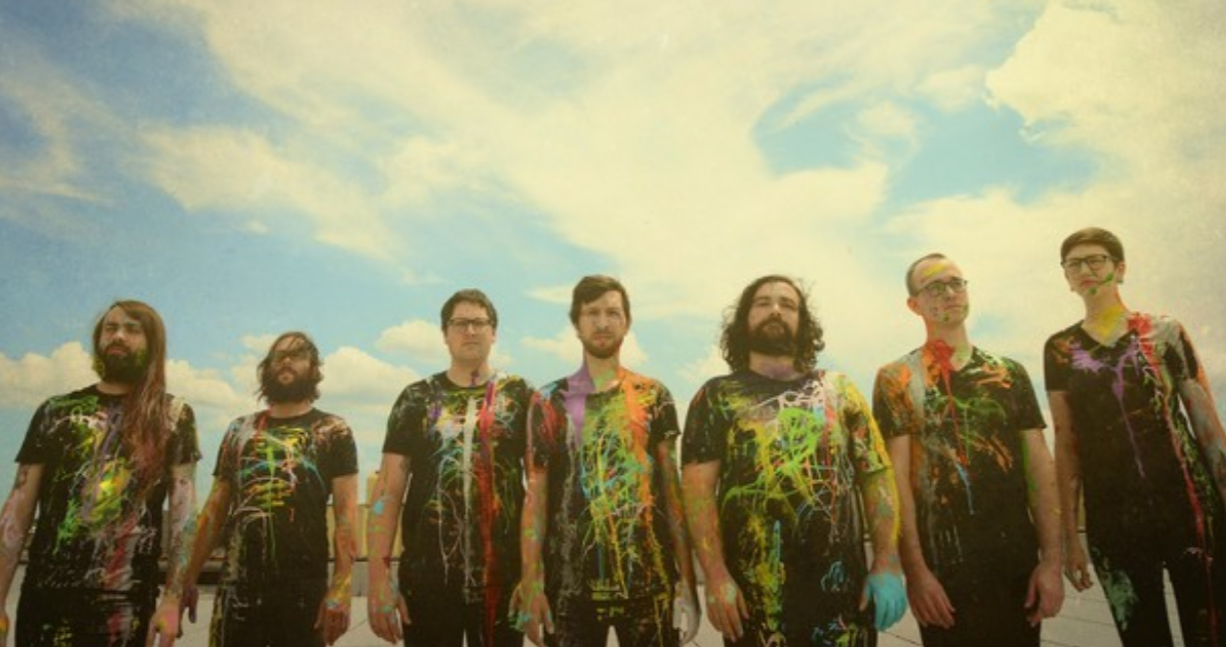 The World Is a Beautiful Place & I Am No Longer Afraid to Die (TWIABP) has been a powerful presence in the ’emo’ community since the release of their debut full-length album Whenever, If Ever (2013).  Last week, the band released their third album, Always Foreign, a phenomenally composed album overflowing with cynicism, chaos, and an unadulterated sense of vulnerability.

TWIABP provides a dense, compact album full of mesmerizing choruses, sweeping crescendos, and instrumental complexity.  Always Foreign sounds the way dissociating feels—it’s disorienting, it’s hypnotic, and it incorporates the full-on brass section that you never realized you were missing.  As always, the band has managed to create an album that is magical, catchy, and impactful; it is a pop-punk/fourth-wave-emo can’t miss.

Always Foreign is politically charged and angry rather than angsty, unlike they majority of modern pop punk.  The album’s title itself refers to the United States as “the land that’s always foreign,” despite more recent political events that have turned our country towards a more negative, unaccepting light.  Each and every song on the album in some way explores frustrations with the country’s fatal flaws, and the songwriting for the album began, not coincidentally, immediately upon Donald Trump’s election.  The most prominent example of this is in “Fuzz Minor,” which blatantly denounces those who use hate speech, repeating the line “I can’t wait until I see you die” over synth-heavy and ominous instrumentals.

TWIABP isn’t afraid to confront controversial issues, and they never sacrifice their style or lyrics while doing it.  I’ve never heard conflict represented as well as it is in “Marine Tigers,” a seven-minute long piece written in response to Trump’s xenophobia and anti-immigration policies.  “Can you still call it a country / If all the states are broken?”

“Gram,” one of the album’s singles, has a slow, deliberate build with an incredibly catchy melody.  The song highlights the flaws within the pharmaceutical industry—“you had to work four jobs and use two phones / but the drugstore still ends up with all our money”—and the lack of government-funded healthcare.  Additionally, the song’s music video is weirdly hypnotic; I definitely recommend watching it.

David Bello provides vocals eerily reminiscent of Tom Delonge during his Box Car Racer years (although slightly better, I dare say).  This is especially evident in the ‘pop-ier’ songs like “Dillon and Her Son,” “The Future,” and “Hilltopper,” which all sound like pop-punk rallying cries in the best way possible.  Deep, dark lyricism hangs like a cloud over these deceptively light-hearted, fizzy tracks.

Always Foreign is a divine work of art capable of causing an emotional swell like no other.  It’s not too loud, it’s not too preachy, it just cares.  The album’s mix of the ‘heart on the sleeve’ and the ‘rage against the machine’ motifs blend together beautifully, in a way that is impactful.  I have no bad things to say about Always Foreign, because the band knew exactly what they were doing when they recorded it, and they did it impeccably.  My highest praises go out to you, TWIABP.