In a ranking of the months by number of great albums released, January would be right there with December at the bottom. That trend has been proven especially true this year, since there’s been a severe lack of releases that anyone will be listening to a month from now. Between disappointing releases from the promising young artists of today (Warpaint, Young the Giant) and disappointing releases from artists who were promising and young in 1997 (Crystal Method, Mogwai), January 2014 has gone down in music history as a good time to catch up on music from another era.

Fortunately, the rest of 2014 should be jam-packed with great new music. I now present the top 10 upcoming releases most worthy of hype, starting with… 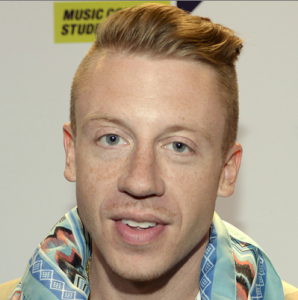 Fortunately, the snub should give Kendrick fuel for the unenviable task of trying to top GK:MC. Reaching the high bar set by early career masterpieces historically has tripped up quite a few career rap artists (Nas’ Illmatic, Eminem’s Marshall Mathers LP), but at this point we have no reason to doubt Kendrick.

Another artist with a really high bar set for them, is…

Annie Clark is one of the few current artists with a perfect streak of putting out albums that are just that much better than the one that came before. Obviously, it becomes even less probable with each release that the streak can be continued, especially since her last solo album Strange Mercy sounds a lot like a career peak. Even if her February s/t release doesn’t quite top SM, the prospect of new songs from this eccentric art rock star should be plenty to satisfy music fans. At the top of the post is her zany video for “Digital Witness” off the upcoming album.

With a long career of dodging expectations, it’s hard to predict much about the next release, except that it will be an event.

Sbtrkt’s (pronounced “subtract”) 2011 self-titled release is a tight, addictive dance record that sounds consistently better and better with every listen. Here’s hoping for even more return on 2014’s go round. Below is the video for “Pharoahs”, a highlight from SBTRKT.

If Outkast actually releases something this year it would go a long way to justify their headlining of every festival this summer. I’m a tad cynical about comebacks, but this one has potential. Who knows, maybe Outkast will write a number one hit even more catchy and memorable than “Hey Ya”…

Promising more tracks like the excellent pre-release single “Whorehouse”, Tough Alliance vet CEO’s new album is out on Sincerely Yours this week. Expect pounding percussion and synth-washed instrumentation supporting wide-eyed songs with titles like “Mirage” and “In A Bubble On A Stream”. I’m a sucker for all the candy-coated English-language pop that comes out of Sweden (jj, Air France, The Knife in their early years), and Wonderland is looking to be a treat.

This just in on enigmatic dub-step/2-step/garage-step/future-step producer Burial: after years of avoiding the public eye, the man (Will Bevan) has introduced himself to the world via a nicely shaded selfie more than worthy of someone’s personal twitter account. 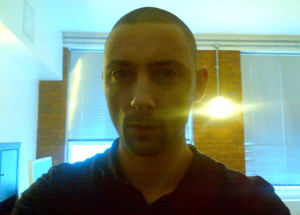 Besides not appearing to be transsexual, the person pictured sure looks like the kind of guy who could make Loner and In McDonalds. Hopefully this revelation means something big for Burial, such as a full-length follow-up to Untrue, although he warns in the note posted alongside the pic that he may end up too distracted by video game “Dark Souls 2”.

Grimes is coming off a hyped 2012 album (Visions) that seemed to gain momentum throughout its release year. I’m willing to venture she has a good chance of topping it, so long as she includes plenty of addictive, uniquely-Grimes synthpop numbers like “Oblivion” and “Genesis”.

The difference between a Kanye release and a release from someone else could be dubbed “The Kanye Factor”. Whatever Mr. West decides to do with this year, expect to be shocked, fascinated, and a little offended. Of course, you will also be supremely entertained. Whether it’s Watch the Throne 2, a crazy new solo album, or just a bunch of intense, inspirational, “is this man even self-aware?” monologues, could the biggest persona in current pop culture possibly continue to expand? Stay tuned for more.

It’s album time for Norwegian disco-house producer Todd Terje, who will release his debut album It’s Album Time! in 2014. This blogger is grateful for the lame joke opportunity provided by that album title. Much like the title, Terje’s primary colors music eschews mystery for some of the most straightforward, infectious earworms (“Inspector Norse”, “Swing Star”) from the past few years in any genre. With more tracks like those, Terje could really blow up this year. Whether or not he garners Daft Punk levels of success in the U.S., seeing Terje channel his exuberant dance music into the album format will be reward enough.

Also keep an eye out for upcoming releases from: