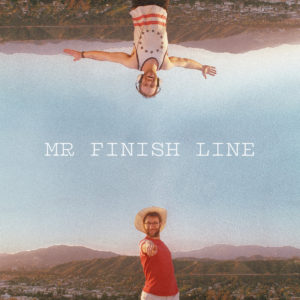 Continuing their trend of putting out an album every year, Vulfpeck delivers with their 6th studio album Mr. Finish Line. Featuring 13 different artists throughout the ten-track-long album, the result is a stellar smorgasbord of pure funk-rock heaven that any fan of Vulfpeck’s previous work will be more than happy to bop along to.

The album leads with the first single released, “Birds of a Feather, We Rock Together.” The songs sets a perfect pace for the album, with its slow piano and rhythm driven melodies and rich, soulful vocals by Antwaun Stanley. While slower and soulful, the songs lyrics are lighthearted and positive, and a joy to listen to. Followed by, “Baby I Don’t Know Oh Oh,” the jovial lyrics and rising and falling melodies maintains the slow, soulful, and fun trend of the prior track.

The album makes a steep jump with title track, “Mr. Finish Line,” speeding up the pace, while still retaining all of the lighthearted and groovy funk vibes. The seductive bridge, sampled british football announcer, piano wizardry, and band commentary at the end, cement this as one of the most fun and enticing songs of the album. It’s the track that’s the most reminiscent of some of the Vulfpeck classics, like “Back Pocket,” in terms of both style and vibe. Taking the pace to new heights of quickness, “Tee Time,” is an explosion of frantic piano playing over a moving bass line. Devoid of lyrics, the song primarily serves as a transition between the first part of the album and the second.

The next section slows down with the last single released before the album, “Running Away.” With flying, yet sombre vocals and heavy percussion, the track conveys a sense of quiet desperation while maintaining the overall feel of the album. The cutting saxophone melody at the end, leads directly into the album’s next track, “Hero Town.” Featuring Michael Bland, the drummer for prince during the New Power Generation era, the track is a juxtaposition of relaxed percussion rhythms and heavy, fluid saxophone movements, but balanced perfectly. The following track, “Business Casual,” however, steals the album. It’s lighthearted, upbeat melodies and lyrics makes smiling and dancing along nearly irresistible. Drawing on the same energy as the band’s previous track, “Animal Spirits,” the song is one that screams to be played on repeat during a chromatic, manic rom-com montage.

Based on the name, the distinct lack of any vocals, and the sheer amount of grooviness, it would be a crime to play the third-to-last track, “Vulf Pack,” without introducing the band members at the same time during live shows. It serves as the transition from the second into the third and final section of the album.

The penultimate track, “Grandma,” is the slowest and most soulful song on the album. Carried by Antwaun Stanley again on vocals, accompanied by sweet saxophone undertones, adds a reflective element that the album desperately needed. In a complete 180 degree turn, the closing track, “Captain Hook,” departs completely from the slow and passionate vibes of the prior track and instead is an experimental funk tune, with distinct hip hop influences. Playing off the story the title is ripped from, it sounds like it came straight from an eccentric pixilated dreamscape. It finishes the album on an interesting note, but by no means a bad one.

Overall the album does not disappoint, and is worth a listen for anyone who is feeling like getting down with some soulful yet lighthearted funk. Mr. Finish Line will leave you just as excited as the guys on the album’s cover art.