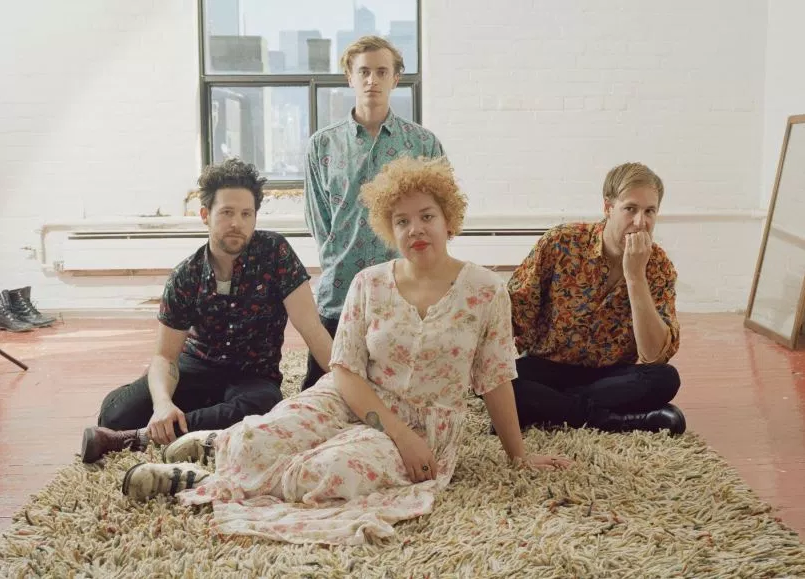 Weaves from Consequence of Sound

WRVU is excited to announce that we’re giving away tickets to the upcoming Weaves show! Weaves broke into the Toronto scene after lead singer Jasmyn Burke and guitarist Morgan Waters met in 2013 at one of Burke’s solo shows in which she was relying on a looping sampler to accompany herself. Burke and Waters immediately began writing music, and brought on bassist Zach Bines and drummer Spencer Cole to propel Weaves, newly minted, into the heart of the Toronto indie music scene.

The bands released the self-titled debut album, Weaves, in 2016, on a joint-deal from Kanine and Buzz records, followed up swiftly with their Sophomore album, Wide Open, in October, 2017. Listening to the progression of their music it’s easy to see how confident Burke has become with exploring all the avenues of her vocal ability, and resting that atop a steady drum beat, a deep, rolling bassline and interspersed, messy, twangy guitar solos sets Weaves apart from the indie crowd.

It’s hard to get what makes them special just by description, so I invite you to watch and listen to the music video for “Slicked”, linked below, off their Sophomore album Wide Open. The guitar sounds straight out of Tame Impala’s Innerspeaker, but Burke’s voice shines clearly above the fray, that is until the chorus, where she voluntarily and beautifully joins it. Burke and her band, Weaves, are definitely players to watch in 2018 as they continue to hone and perfect their art-school style and superior instrumental and vocal abilities. WRVU is looking forward to seeing what they have yet to show to the world.

The group will be playing a co-headlined show with Palehound at the Basement East on Valentine’s Day (2/14) and WRVU has a couple of free tickets! To find out more about the giveaway, check out our facebook page!

Check out the music video for “Slicked”: