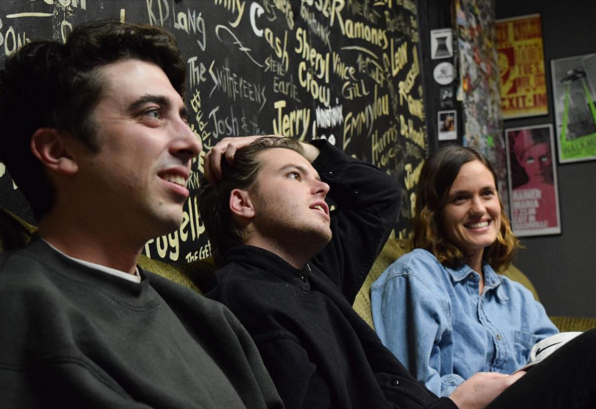 A while back, WRVU had the opportunity to interview Wet, the effervescent indie pop sensation that had eager Nashvillians lining up out the door to Exit/In in hopes of a ticket to the sold-out show. We talked before their Exit/In show about touring, new music, their writing process, being on the road and in the South, pre-concert rituals…to read it all, and watch for the first time/relive their show, check out the interview and concert footage below. (We also photographed the band backstage before the show, which you can check out below as well.)

WRVU’s Morgan Levy, Bryce Beddard, and Meredith Mattlin chatted with Wet in late November, 2016. All photos by Meredith Mattlin. This interview has been condensed for clarity and brevity.

At the beginning of this year, you guys released your debut album. How have things been going since the release?

Kelly: They’ve been going good! This is our second tour since we released the album, and we played some festivals last summer as well, some 1975 dates, that was really fun. We’re working on new music now. This is probably the last tour we’ll do on this album. It’s been great. And shows have grown a lot since the first tour 6 months ago, so that’s been satisfying for us, to make progress with these songs.

You guys just came out with two new songs. Do you want to talk about those?

Kelly: We actually released them mostly to play on this tour because we really wanted to add new material for people who had been to the shows already–and just for our own shows already. Playing the same songs over and over again gets…a little boring. So we released those songs, “The Middle” and “Turn Away,” and it’s been nice! It’s the first time we’ve gotten to release music within a very short period of time. The songs were written and went into production and were released all within two months. And that is rare.

Do you write much on the road?

Kelly: Yeah. I feel most inspired on the road. I’ll record things in my phone and type notes the whole time. “The Middle” and “Turn Away” were written in LA, though. Joe had sent me some beats he had been working on. 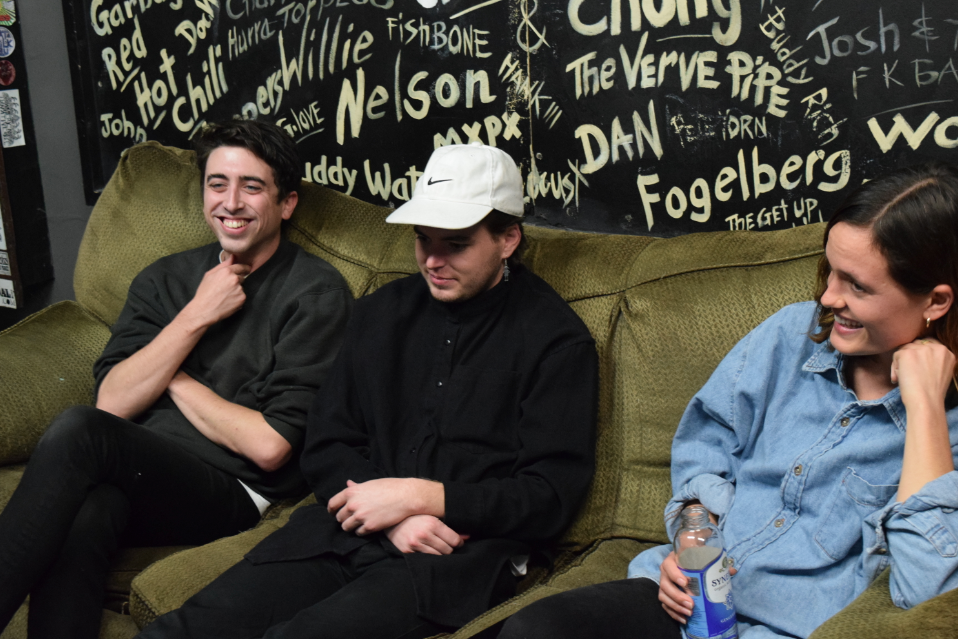 You guys all met in school in New York–NYU and Cooper Union–do you want to talk about when you all met and decided to play music together?

Marty: It was along time ago!

Kelly: We were actually playing music since we first met, at first more casually as a social thing for fun. Slowly people left New York…we left New York but somehow kept in touch and then all ended up back in New York in the same summer. It just kind of fell into place.

How were the festivals–compared to a regular venue like this?

Kelly: They’re fun. Fun because it’s less predictable. It’s kinda chaotic. You don’t get a sound check, you just go. But that can be really freeing in a way because you just do your best and it’s more casual. 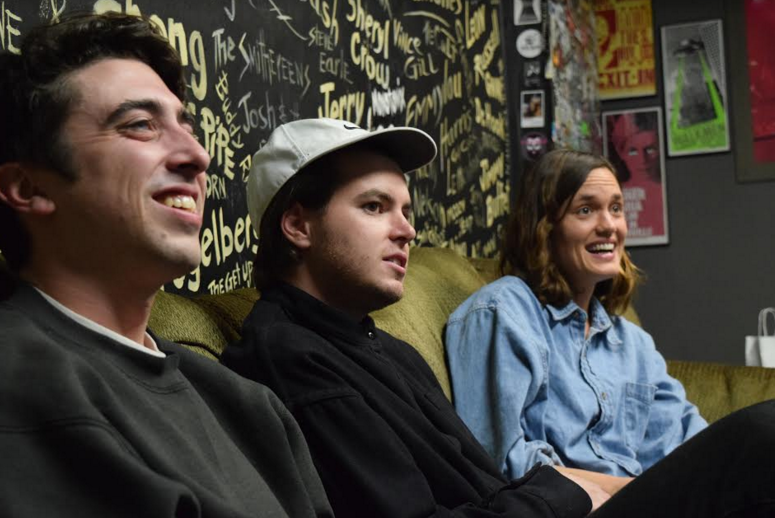 Any specific part of the country you like to or want to play in?

Joe: I feel like the stretch of the west coast are always some of the most fun shows. Especially this time of year, when you’re driving and it’s usually cold, and you get there and it feels like summer again.

Kelly: Nashville and Atlanta and some of the southern spots…Austin…

Joe: And we haven’t done it enough so it still feels…

Kelly: Exciting in a way…Nashville I always get a little nervous for. I think because it’s such a music place. Like LA or New York, everyone has an opinion about the way you do music–

Marty: I think people in Nashville are even more judgmental in a way…[laughs]

Kelly: Yeah! They’re like, ‘you’re not playing everything up there! What’s this track?’ [laughs] People are friendly, but I do always think there’s a high standard of musicianship. And we’ve had some pretty bad shows here [laughs].

So do you guys have any pre-show rituals?

Kelly: Hmm…sitting in the green room…drinking kombucha? [laughs] Our drummer Gabe goes for runs and swims and does all this active stuff. We pretty much melt into the couch.

Marty: Two beers and a puff of albuterol. 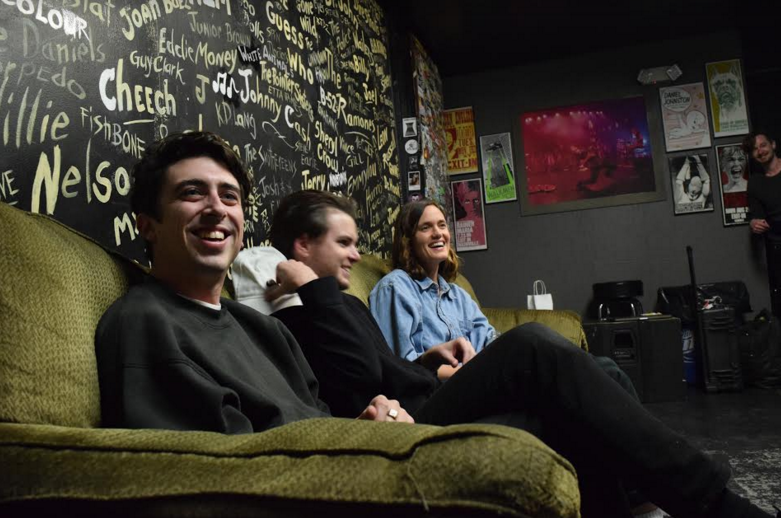 So what’s next after the tour?

Kelly: We’ve been kinda going for the past three years without much of a break. So I think everyone’s gonna take a little time to mellow out, live their lives. Couple months. Work on new music, then get back into it.

Joe: It’d be nice to have more time to do [side projects].