So perhaps you’ve seen the pink guitar album, or at the very least seen praise heaped upon Bullet For My Valentine and thought it odd that not only have they been a band since the late ’80s but that they’ve also done anything worth mentioning in the same sentence as the words “critical acclaim.”

Maybe you’re already deep down the rabbit hole and frequently spend your nights alone– melancholy and drowning in swirling waves of feedback, wondering just when Kevin Shields is going to put out that goddamned EP he’s been so hush hush about for the last 5 years. For a genre birthed out of a press slur poking fun at a general lack of stage presence and an obsession with pedalboards, shoegaze has become one of the most divisive and widely talked about pop movements in independent music, with hordes of fans young and old finding an irresistible appeal in its deafening dreaminess. While the genre’s continued on since its heyday in the early ’90s, the original crop of bands– the “Big Three” comprised of the pantheon of My Bloody Valentine, Slowdive, and Ride– has been completely silent until recent years, when the former dropped their long-awaited follow-up to 1991’s Loveless with their self-titled third album in 2013, sending the internet into a frenzy and crashing their website in a matter of minutes.

Four years after the fact and 22 long years since their last major releases, Slowdive and Ride are finally joining their contemporary in comeback album country. 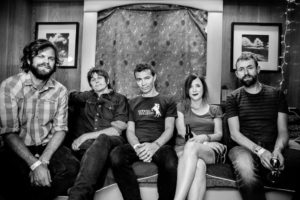 Hailing out of Reading, Slowdive were the last of the Big Three to make a splash, with their landmark album Souvlaki hitting shelves in 1993 just as the British musical press began to turn its head towards the new crop of younger “Britpop” groups like Suede, Pulp, or Blur. Always a dream pop band first-and-foremost, Slowdive became characterized by an ethereal style that relied less on heavy distortion and more on the dynamics of reverb, headspace, and the paired vocals of singer/guitarists Rachel Goswell and Neil Halstead.

Not long before the end of last year, Slowdive were the first to break the silence with hints at a new album and the subsequent release of a new track, “Star Roving,” a nearly 6-minute, uncharacteristically high-energy dream pop anthem that warranted a considerable number of “SlowDIIV lol” comments but more importantly seemed to temporarily quell fans’ hunger for new material.

Fast forward to earlier this week, and fans were greeted with an early morning announcement via the band’s Facebook page that after long last their new fourth album, the self-titled Slowdive, was coming. 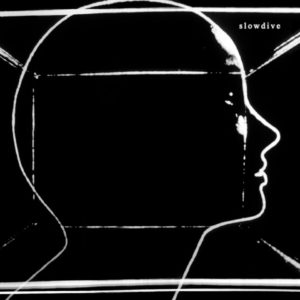 Album art for “Slowdive,” out May 5th on Dead Oceans Records

Links to pre-orders were soon to follow, as well as a second single previously only teased in small snippets, “Sugar For The Pill,” featuring a much more subdued sound that falls closer in line with the stark minimalism the band toyed with on their last album, 1995’s Pygmalion. No tracklist has been released for the album as of yet. 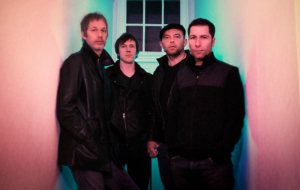 Ride, via Consequence of Sound

Ride are an Oxford band whose story reads as a polar opposite to Slowdive’s, finding themselves the poster child for the genre following the release and immediate success of their 1990 debut, Nowhere. Taking influence from ’60s psych pop groups and the burgeoning space rock revival of the mid ’80s, Ride delivered a noisy and energetic sound full of fuzzy wahs of guitar, tight vocal harmonies from guitarists Mark Gardener and Andy Bell, and a driving percussive presence from drummer Loz Colbert. The band followed up their initial success with 1992’s Going Blank Again, a slightly more straightforward effort that met similar acclaim before fading into slow obscurity with two more oft-forgotten albums and a one-off, half-hour soundcheck for the BBC in 2002.

While the band had officially reunited in 2014 and made appearances at festivals since, no news of new material had made itself known until late February when the band posted two new tracks to their Facebook page. The first and my personal favorite, entitled “Charm Assault,” is an upbeat number that finds the band focusing on the same alt-rock sensibilities of their second album as well as a jangly post-punk vibe in the verses, whereas the second track, “Home Is A Feeling,” takes on a more traditionally hazy and slow shoegaze sound.

Somehow staying a step ahead of their peers, Ride announced only days before Slowdive that they too had a new album coming out this year, their fifth entitled Weather Diaries, featuring the help of Alan Moulder, who had previously mixed their first two records. 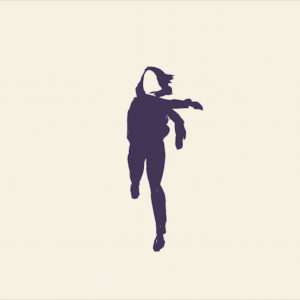 As before, pre-order links, cover art, and a tracklist were shared via the band’s Facebook page and can be seen below:

Both bands have announced multiple appearances at festivals across the globe this summer, so if you find yourself at Pitchfork, Shaky Knees, or FYF Fest be sure to make some room in your schedule to catch either band and have a blast staring at your shoes and wishing the monitors could be just a tad louder.