This song is VALID, and there’s really not much else to say. I threw it on, and suddenly I was wearing Aldo shoes (you know, like, the loafers) and I was two stepping with a truly unfathomable degree of proficiency.

“Passionfruit” had me thinking I was a menace on the local ballroom dance floor, like I had suddenly picked up the vintage old man style of both my grandfathers; if you play this song your shoulders should start shifting and your hips should be moving, my guy! But seriously, if you don’t like this song, you might not like rhythm, but I don’t write the rules, so don’t @ me.

This song slaps, what can I say. NaNa Rogues (hitmaker status) is a bad man with the production–he really crafted a tremendous #vibe. I mean those horns? Are they even horns? They sound like they’re from some melodic announcement system at some super fun airport. I can’t even effectively describe them…listen, I’ll go on record: this song is heat, you gotta call for this song to be played at all functions, from your uncle’s cookout to when you’re hanging out with people your own age. Don’t be deterred.

Plus, Zoë Kravitz and Moodymann contribute “additional vocals” so you gotta at least listen, c’mon, it’s Zoë Kravitz…this beat has presence, you know? NaNa is no amateur, and “Passionfruit” is somehow gentle, calm, and absolutely undeniable as a beat all at the same time. He’s also showcasing the impressive range he has in terms of production with this smooth dance beat, very different from his rowdy work on Section Boyz’ 2015 grime hit, “Trapping Ain’t Dead.” That takes talent. I might go back home JUST to drive around and listen to this song at night on repeat, vision that.

So, in conclusion, Drake did his thing on “Passionfruit,” NaNa Rogues did his thing, and I’m thankful for this song since it’s great and has allowed me to generate some content. Play this song and believe in yourself, you can dance bro, just trust that rhythm. * 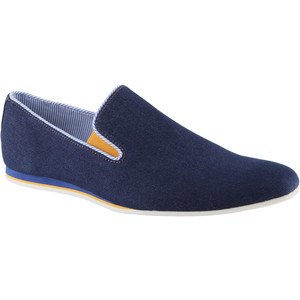 *I am not liable for whatever happens after you attempt to dance man, like not in the slightest. That’s on you! Just buy some Aldo shoes and be sturdy in ’em.