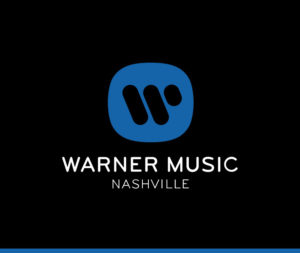 HEATHER: How have a labels’ responsibilities changed since you’ve been at Warner?

MATT SIGNORE: I worked for a record company for almost thirty years and in 1991 when I started at Island Records, record companies owned masters of recorded music and sold them on round things that spin (laughter) in various forms, but that was the only business we were in. If it was the touring business or the merch business or any other parts of the artist’s world, the record companies did not participate in them. So at least Warner Music Group, in the neighborhood of 2003- 2004, for the last almost 15 years, started signing these things called 360 deals. When a new artist would sign, we would also participate financially in a share of their touring revenue and a share of their merch revenue. We have divisions of the company that services those rights, so we have a merch company. I think that what business we’re in is what is a record company [does] today, which is a much broader scope of stuff than it was traditionally. So now that I’m at Warner Music Nashville the label [with] artists like Cole Swindell, we will have people at his tour events, we’re looking every day at his merch sales, and when he grows from first support, opening act to headliner—that’s actually a business. We’re in that business in a way that didn’t exist 15 years ago.

H: How does the economy affect the business?

MS: In my experience, [the music industry] has been recession-proof. When there was a financial crisis in 2008, the business was dealing with the digital transformation during that time, but it didn’t change the trajectory of those businesses. I’ve always heard it deemed recession-proof. It’s interesting to hear that entertainment in Vegas goes up during hard times. Entertainment is an outlet in bad times, and it’s not that expensive. Now if the industry were to turn and people were to look at “wow, I’m paying $120 a year for my Spotify subscription and I don’t have a job,” then maybe it could be more impacted by the economy, but historically for me, it has been recession-proof.

H: What are the daily and ongoing operational challenges that Warner faces?

MS: I think it’s streaming. Specifically, Warner Music Nashville is a country music label. Country music has always lagged behind when there is technological change. When the CD business lasted longer but the growth in iTunes downloads were 3 to 4 years behind other genres. Streaming right now for Country music is still not at the level it normally is. As an example, Country music generally (when a format stabilized) landed about 10-12% of the overall music business. Last year, streaming was 5% for country, wherein normal places it’s 10-12%. This year it’s 6-7%. It’s growing more quickly now on a percentage basis than the other genres. And hip-hop is at a place right now where it has never been.… with hip-hop certainly, there are a bunch of things that are consumed massively that are never on the radio. For Country, being on the radio, having a hit on Country radio, developing your body of work and being able to tour, that still works as well. But the streaming thing is the concern—is it ever going to reach that level.

MS: I’ve only been here for two years. I started at the beginning of 2017. I’ve been at Warner for 13 years in different jobs in New York. But we started 2017 saying that we had 25 artists and we had a goal of breaking at least a couple of those. Even one would be great. Hopefully signing a superstar, which we did. We signed Kenny Chesney this year which is a big *inaudible* for us. Again, not that we could control it, but the hope was that streaming would start to show the growth it needed to. 2017 was a relatively unsuccessful year for us and 2018 was a successful one so we’ve hit all those. Right now the artist that is breaking is Dan and Shay. Dan and Shay’s “Tequila” has become not only played at Country radio but also pop radio and hot AC radio and is consuming incredible well and they have another song called “Speechless.”

It’s always both financially beneficial but also I think more gratifying when it’s someone that you sign brand new. Dan and Shay started to break on the fifth anniversary of signing their deal and they say that Nashville is like a 10-year town. It’s a long process but when someone gets to the other side, that’s our goal.

Mr. Signore says that Warner Nashville has the same three goals for 2019, possibly with the exception of signing a superstar. There just aren’t that many out there.