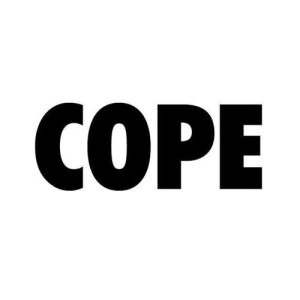 Being one of the biggest Andy Hull fans out there, you better bet I’m pretty excited about today.

If you’re not exactly sure who Manchester Orchestra is, you might want to take a second to get comfortable because you might end up falling in love and then subsequently facing heartbreak. Bear with me.

Andy Hull started the project Manchester Orchestra during his senior year of high school in 2004. Stemming from the feeling of alienation that often comes from growing up in a small town, Hull found solace in his music.

Their last album, Simple Math, was released in 2011 and received some well-deserved criticism. It seemed like the band was at a loss of direction. While the self-proclaimed “theme” of the album was internal struggle with religion and relationships, the songs themselves did seem to be missing something…or including too much. It was quickly apparent to super-fans like me that the band was musically cutting corners and trying to shove in every clever lyric they could muster up.

Finally today, in 2014, Manchester Orchestra has decided to give it another go. With Cope, Andy Hull has said he hopes to create an album that’s “unrelenting and unapologetic.” In my eyes, while the power of Andy’s distinctive vocals still remains, the music has lost a sense of connectivity. Don’t get me wrong, it’s a good listen; but it’s definitely no life-changing experience or source of euphoria.

My advice to Andy Hull would be to take a step back. Since starting work on Manchester Orchestra he’s been writing for two other projects (both incredible) as well as touring for all three. This guy needs a retreat, or something, to get all his thoughts back in order. Until then, I’ll settle for a mediocre sound. I have the utmost faith in Manchester Orchestra’s ability to make a comeback someday.

Stream Cope here or on Spotify! (but also be sure to check out their older stuff because you won’t regret it)