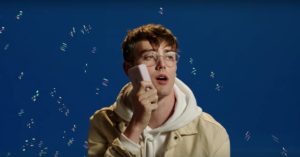 With the release of Bambi in late September of 2018, the band released this statement on their twitter: 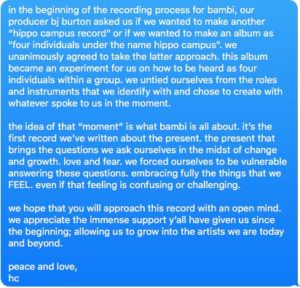 “Four individuals under the name hippo campus,” couldn’t be more accurate. They hit their target with this one, and it speaks to their growth as a band. Hearing lyrics written by both bassist Zach (“Doubt”) and lead guitarist Nathan (“Why Even Try,” “Bubbles”) coupled with dominant synths on almost every track proves how far their talents can spread.

On June 12, 2018, the band released the single, “Passenger,” as an unexpected surprise to fans along with the announcement of a fall 2018 tour. “[I]t ain’t gonna be what you’re expecting. but in a good way,” they tweeted, sending fans into a frenzy of emotion at the prospect of a new and different album. Right away, it’s clear that “Passenger” sets the precedent for the new direction taken on Bambi. With an interlude and outro like butter and some minor instrumental distortion throughout, it’s the perfect song to hint to fans that they’re trying something new.

Bambi definitely leans heavily on the pop side, but fans of their melodic guitar riffs need not worry. The records’ strength is its ability to balance ‘new’ and ‘old’ sounds. For listeners looking to hear their ‘old’ sound, refer to tracks “Honestly,” “Golden,” and “Why Even Try” to get lost in their guitar melodies once again.

The rest of the album is a testament to their experimentation, with distorted vocals, guitars, and synth drum beats throughout. Fans of “Sun Veins” from their first album landmark will recognize these techniques, but the band really unpacks them on Bambi.

“Bubbles” has a jarring last bridge that sounds like your speakers are breaking. The genius opening track, “Mistakes,” puts you in a chapel listening to Gregorian chants, while simultaneously placing you in the passenger seat of a spaceship about to enter a new dimension (especially with the vocal switch around 1:40).  “Doubt” has a smooth guitar solo during the bridge featuring Corey Wong from funk group Vulfpeck that shows just how committed Hippo Campus is to letting go of the reins. “Golden” has a chilling transition into some of the best guitar licks heard from them in a while. 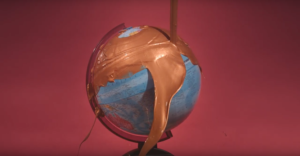 Something longtime fans of Hippo Campus will notice about Bambi is its lack of lyrical ambiguity. Their lyrics are usually long puzzles of metaphors and images that leave fans frazzled. As mentioned in the band’s statement, Bambi is about the questioning that comes while undergoing change and growth, and a number of tracks here are meant to be answers to these questions, in which direct and unambiguous lyrics are needed. “Why Even Try” is the best example of this directness:

You’re yourself way more than I am
Being friends was in the palm of my hand
But I let it fall and break, so why even try?
Why even try to mend?

There’s no hidden meaning here, as is largely true for almost all of the tracks on Bambi. So if you’re one to frantically look up the meanings of their songs without success, you might actually get to relax this time.

Fans that don’t like change will definitely have to get used to Bambi, but with its release, Hippo Campus have truly shown how deep their talent runs, not just as a collective band but as four individuals. “it ain’t gonna be what you’re expecting. but in a good way.” Not just in a good way – a necessary way.