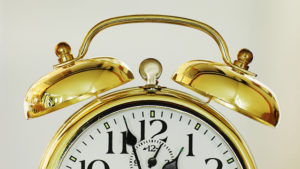 Daylight savings time did something to us. Now we wake up… and it’s dark. We go in buildings for the whole day. Then when we walk home it’s dark again. With light only available for a few hours now, it’s easy to slip into playlists that sound well, melancholic. Though the trees are changing colors, their leaves are still falling and dying off. We’re in this place where we need to accept the changes in the day and slowly dive into this new dark lifestyle. The best artist to help us through this is Bedroom, also known as Noah Kittinger.

Noah Kittenger is a Nashville indie rock musician. At the ripe age of 20, Kittenger has a done his best to make a name for himself in the local and national community with his Toys EP, and multiple full length albums Vivid and Grow in 2012 and 2014 respectively. The moniker is drawn from, none other than the place where his creative process begins, his bedroom. His beginnings are more than humble buying his first music software from a Goodwill with his grandmother and playing in a youth group band. He later dropped formal guitar lessons and just self taught in high school. His sound since then has matured exponentially from his early music making days in 2011 and 2012. Songs like “Forest” and “Concrete” have very foggy lo fi vocals and a lot more electronic melodies. Where as “Nostalgic Feel” and “Nothing Lasts” still hold on to the grungy lo fi vocal work but the other components of the song sound much more refined. The instrumentation is super visible and the guitar work very delicate.

Something about this period of transition has got people anxious to feel apprehensively somber. The only way to cure that is Bedroom. Simply because his music is rooted in simplicity and peaceful melodies that make sense when the sun is out and things are going well. But his vocals are almost muddled and brooding in a way that reminds us of the dark winter that is on it’s way.

“We All Need Something”