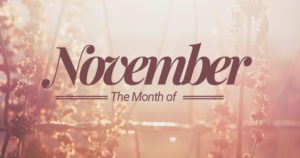 So since we find ourselves in November and I’m feeling somewhat reflective, I think that this is a perfect opportunity to look back over the year and take some time to consider how great some of these 2016 tracks have been. Honestly It’s been a pretty nice year in terms of music (and a pretty terrible year in terms of other things) and there’s a ton of quality out there. So we’re gonna keep it light and fun and just look at some stunners that have been released in the calendar year of 2016. No specific order.

Are there better beats on Yes Lawd!? Sure! Are there better singing performances by Anderson .Paak? Oh definitely…But listen, I’m a sucker for soul samples, and this sample manipulation by Knxwledge is just cold man. What makes a great producer is their ability to “maintain the sonic mood” you know? And this beat just sounds like what .Paak is singing about. Like when the sample drops out and it’s just that bass riff rumbling in the background, then .Paak starts singing “Lord can you help me, get me outta here” and the sample just comes back in like that?? That’s some talent right there, like at that very moment you just feel like Teddy Pendergrass in that opulent fur overcoat on the cover of Duets – Love & Soul…

Yeah, so this is a peak Radiohead track right here. A Moon Shaped Pool is an excellent/haunting album, and “Present Tense” just hits, you know? I really love this album so I could have put any number of tracks from it on this list, but I just like the way this song flows. Thom is really doing his fluttery, wailing thing, and that simple rhythm in the background is just mesmerizing. Plus, that synth-driven transition at the 2:49 mark? With what sounds like a violin being run through some effects pedals?? Then a backing chorus??? That’s just honest-to-God beauty right there, Thom and the boys still got it alright!!

So, A Seat at the Table is the album of the year. I was gonna put “Cranes in the Sky” here and then I thought “naw, I should put “Don’t Touch My Hair,” then I thought “F.U.B.U.” could go here, but then I heard “Where Do We Go” again and I was just left directionless. Regardless, on “Mad,” Solange sings a very important message to those burdened with the label of “always angry” even when they often have the most reason to be upset. The cadence of the beat is just perfect, Lil Wayne’s verse is calm and confident, and together he and Solange create a very beautiful, self-assured piece of art. It probably goes without saying that Solange’s writing on this song and all across the album is beyond quality.

Full disclosure, I really love this song and I really love Noname’s album Telefone, and I think Noname is a genius. I really gotta advise you, the reader, to listen to Telefone, because I care about you. I really don’t know if anyone else this year has written with such feeling and clarity about love, life, and death as Noname has, and her songs flit between somber observation and intricate reflection so seamlessly that it’s really amazing. Everyone snapped on this song, and the imagery on display in “Shadow Man” cycles through eulogies written by Kanye, Tallahassee sunshine and Metro Boomin playing at funerals, all extremely visual/referential elements woven into a song that manages to sound triumphant even as it makes frequent acknowledgement of death.

Yeah this song is the most fun song of the year and I will stand by this until a more enjoyable song appears (doubtful). I really don’t even need to say any more about it, you just need to play it. Luckily for all of us, it was released in three different incarnations, so you can really just listen to it three times in a row. I mean, Young Thug’s verse is just flawless (regular) and Quavo is out here making up new words (convincing new words, mind you). The beat sounds like a tropical dream, it’s relatable to anyone with a phone, and the message is one of love and loyalty; honestly how you gonna hate on this? Besides, Wyclef said Young Thug is basically Tupac, and Elton John said he’s basically John Lennon, so….