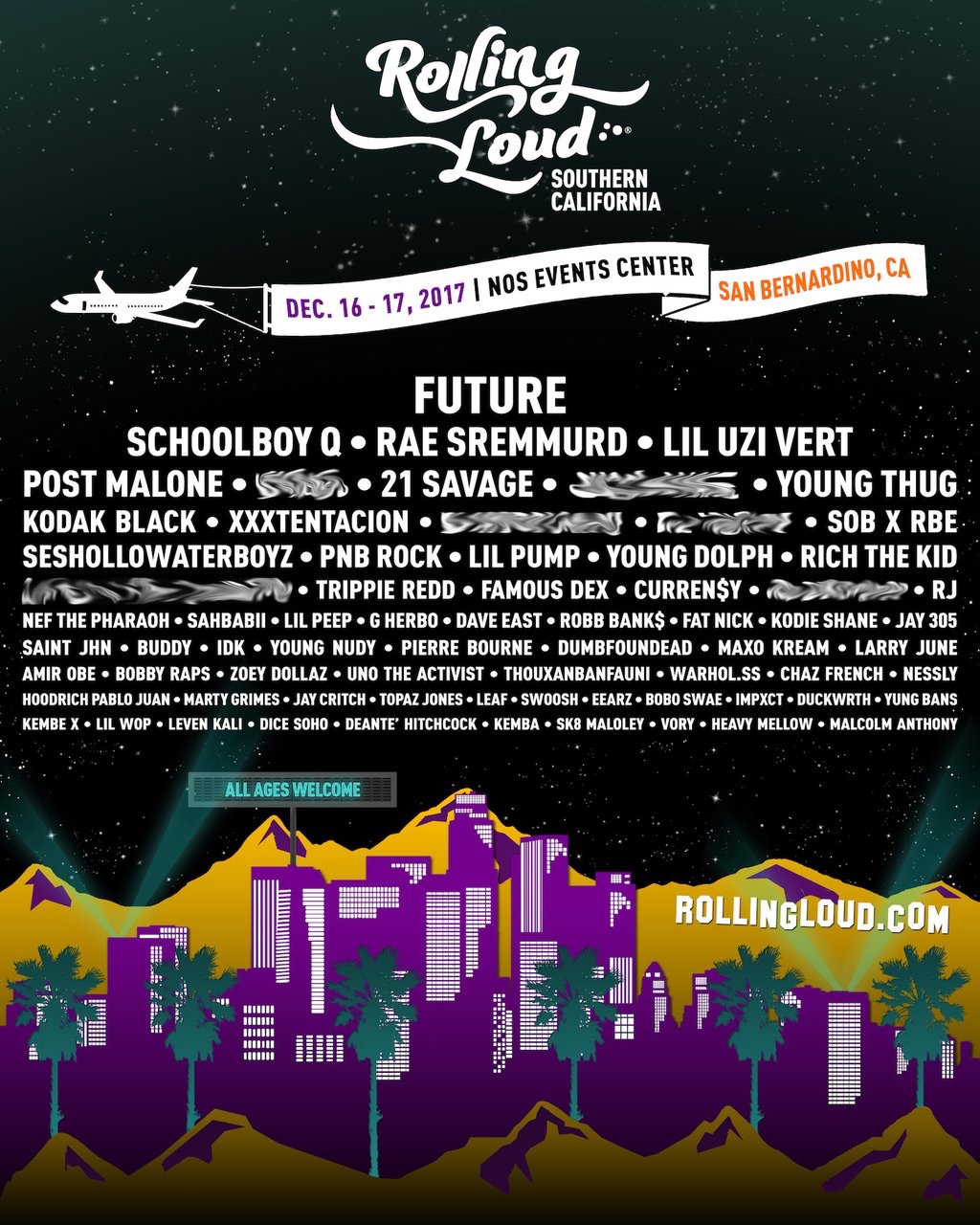 The Rolling Loud Southern California lineup, updated as of September 27, 2017 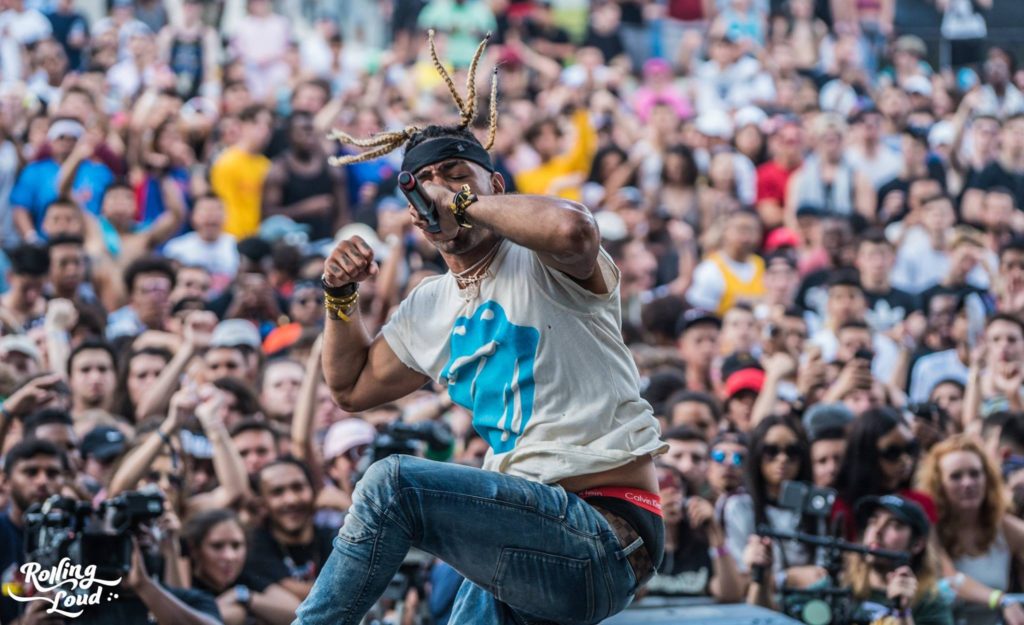 It took Rolling Loud Festival less than three years to become the largest Hip-Hop festival in the world. After three consecutive sold out festivals in Miami, FL, co-founders Tariq Cherif and Matt Zingler are taking the festival global. The Rolling Loud worldwide expansion will bring the festival to Northern and Southern California, the U.K., and China before returning to Miami for a grand finale in May 2018. The first stop on this victory lap is California’s Bay Area, featuring a stacked lineup headlined by Travis Scott, Lil Wayne, and Schoolboy Q.

On Friday, Rolling Loud released the lineup for its second destination near Orange County, California. Rolling Loud SoCal’s lineup features headliner Future accompanied by Rae Sremmurd, Lil Uzi Vert, Post Malone, 21 Savage and Young Thug, to name a few. Seven big-name artists’ names were blurred to be released on a later date. On Monday, the first lot of Rolling Loud SoCal tickets went on sale, and the first blurred name was revealed: Schoolboy Q (I swear I called it). Here are my predictions for those six remaining blurred names:

Based off of some highly technical measurements against my laptop screen, I’ve estimated the name between Post Malone and 21 Savage to be five or six letters long. Migos made an appearance at the third annual Rolling Loud Festival in Miami (and was listed next to 21 Savage in that lineup). Because of the comparable caliber of the artists listed nearby, I am most confident in my prediction that Migos will be joining the lineup for this winter.

Lil Yachty is a clear contender for the artist following 21 Savage, as he has performed at every Rolling Loud Festival with the exception of its inauguration. Because this worldwide expansion attracts different audiences in each of the locations it visits, it makes sense that more “repeat” artists would appear from lineup to lineup, making it likely that Lil Boat’s streak with Rolling Loud will continue.

If this trend holds fast, Isaiah Rashad is a likely contender for one of the spots in the lineup between XXXTENTACION and SOB X RBE, which he currently holds in the Bay Area lineup as well. However if Rolling Loud were to stray from their pattern, G Herbo is a solid prospect. G Herbo has yet to make an appearance at Rolling Loud, but has been consistently dropping tracks since 2016, including his highly anticipated album Humble Beast, which dropped last week. This summer, 6lack celebrated selling 1 million records with “PRBLMS” and has been staying active in 2017 via collaborations with artists like Jhene Aiko, making him a contender as well.

Because of the nearby artists listed, trends from past lineups, and largely because of its length, I predict that the fifth remaining unknown artist will be revealed as Ski Mask The Slump God, with Smokepurpp completing the lineup as the last unknown artist.