On March 31st, Godspeed You! Black Emperor finally released their much-awaited followup to 2012’s ‘Allelujah! Don’t Bend! Ascend!, and, after having a few weeks to digest the band’s first album of completely new material since their reforming in 2010, I’ve made up my mind about Asunder, Sweet and Other Distress: it is sweet indeed.

Cover for “Asunder, Sweet and Other Distress”

I’ve been a big GY!BE fan ever since high school when I was trying to find some good instrumental music to study to, and I stumbled upon the band after a Google search or two.  It turns out that they weren’t really great studying music, but they have stuck with me since.  Known for building up movements, crescendos, and climatic endings, Godspeed has became an influential name in the post-rock world, and they once again return to the forefront of the post-rock genre with another great release.  One thing initially struck me before listening to the album, and it’s something that I like about it; the album is the band’s first single LP release since their debut in 1997.  With a shorter album time, Asunder, Sweet and Other Distress tends to be an easier album to digest when compared to say Lift Your Skinny Fists Like Antennas To Heaven.

The first track on the album, “Peasantry or ‘Light! Inside of Light!'”, starts the album off in a very bombastic manner rather than climbing to a climax.  I really love the Eastern influences heard on this song, and the slide guitar gives the song almost a psychedelic vibe at parts.  A heavy distorted bass really gives the track a lot of fanfare and power, and that tone doesn’t really fade at any point in the song.  The ending repeats a great uplifting motif that brings the track to a great close.

“Lamb’s Breath” sees the album moving in a much more drone direction as the track is essentially a ten-minute drone song.  It’s really relaxing to listen to, and if you like drone music, you’ll really love this song.  I’ve been listening to it a few times while doing work or studying, and I seem to just lose concentration on my work at a lot of points and really focus in on the music as it’s really enthralling to me immersed in the atmosphere of the track.

“Asunder, Sweet” follows up “Lamb’s Breath” in a similar drone style.  The Eastern influences found on the first track seem to come through during parts of “Asunder, Sweet” as well, and the track seems to be much more avant-garde in style when compared to “Lamb’s Breath”.  There are sampled strings present during many parts of the song, and generally weird sounds are heard from all angles of the track.

“Asunder, Sweet” fades into the back as drums kick in and guitar starts to crescendo into the forefront of the mix as the final track, “Piss Crowns Are Trebled”, begins its 13-minute journey.  Violin has a great melody near the beginning of the track right before the same distorted bass found in the first track jumps back in and sends the song into full swing.  The beginning of the song has a march-like feel with a snare drum playing a marching beat.  Strings burst from the background, and melodies soar throughout the entire track. 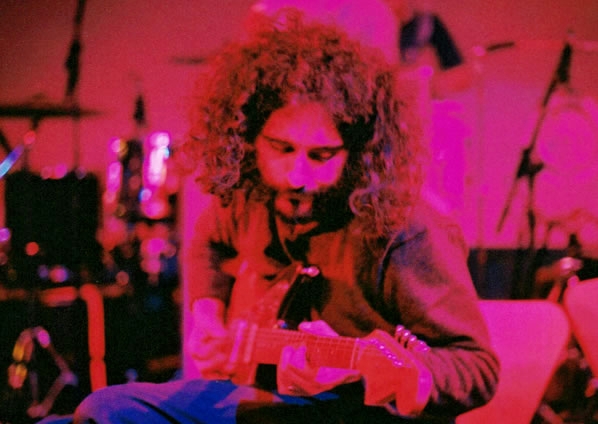 Godspeed’s Asunder, Sweet and Other Distress is another great release by an acclaimed band.  If you are considering getting into post-rock at all, the band is an excellent choice for where to start first.  I wouldn’t recommend this album as a starting point for the band as it tends to be slightly different from a large majority of their material.  However, for post-rock fans looking for a great new album to get into, I highly recommend Asunder, Sweet and Other Distress.