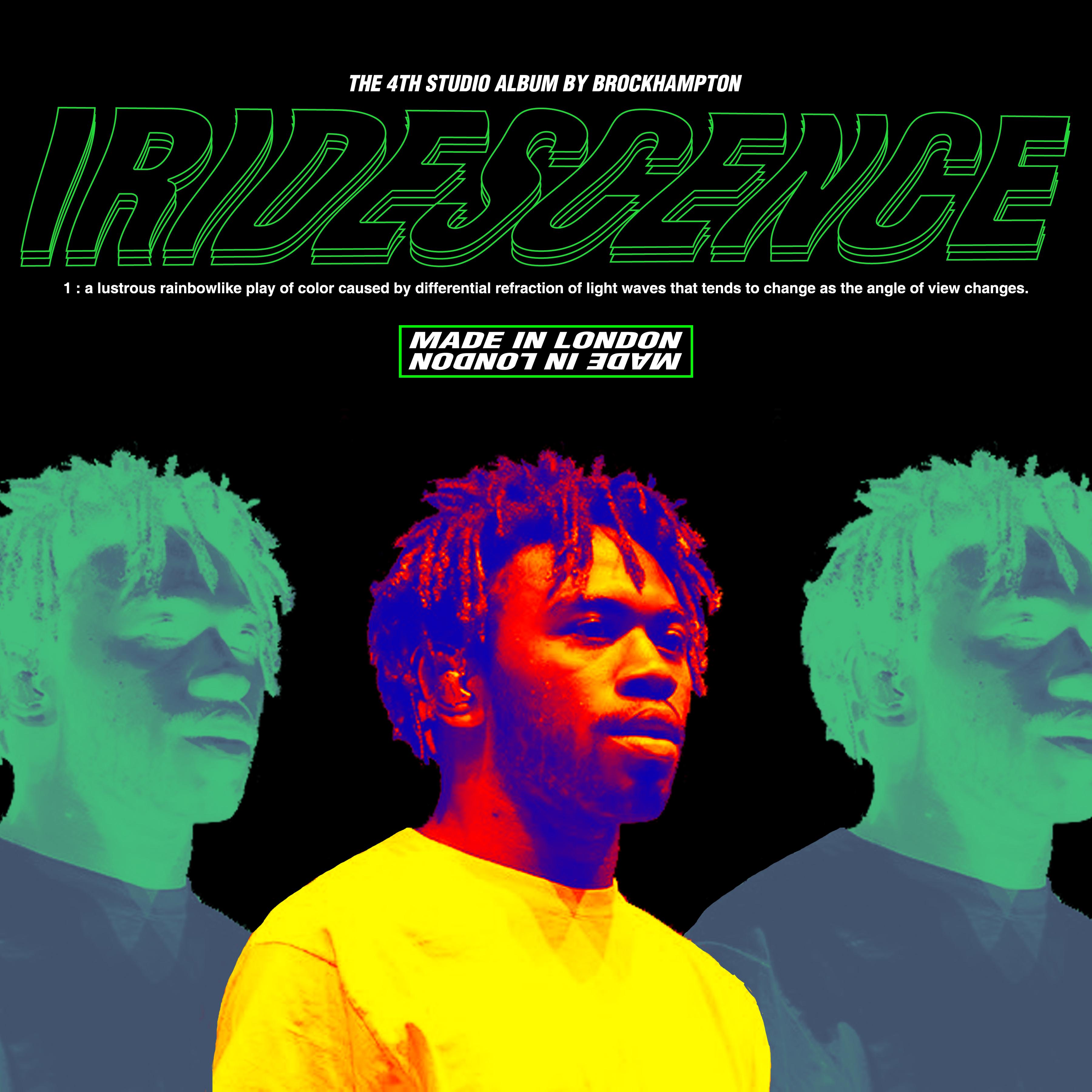 From the opening track, BROCKHAMPTON shows that iridescence is a different beast from their previous endeavors, while still retaining the same backbone that propelled them to quick success and a dedicated fanbase. The SATURATION trilogy has concluded in both style and name, and I’m okay with that — iridescence is complicated and superb.

This album slaps through the speakers and wrenches you into the melancholy state the band claimed to be in while they created the record. “NEW ORLEANS” opens the LP with a classic model of BROCKHAMPTON intensity: an agile Matt Champion verse, a weirdly aggressive verse from Joba (which I can’t quite grasp conceptually) and then that shouty Merlyn Wood flow that you can’t help but scream along with — even if you aren’t sure what he’s saying. These traditions are the backbone of the band’s previous success, along with their vulnerable accessibility, nuanced instrumentation, and their proclivity to dive unapologetically into the real shit of life. The seamless transition from “NEW ORLEANS” to “THUG LIFE” exemplifies the album’s mood dynamism and commitment to being sonically catchy yet authentically in tune with their emotions. On their best tracks, BROCKHAMPTON navigates this dynamic with dexterity. Consistently, iridescence is a nod to the best they have to offer.

Rooted in BROCKHAMPTON’S desire to make something new and experimental for their fourth album, iridescence can feel scatterbrained at times. At its worst, it’s slightly overwhelming and can be tough to follow since there’s so much going on, both lyrically and instrumentally. That being said, it has already grown on me; after the first few listens, I was skeptical and tired by the rapid energy shifts and instrumental changes. After listening to iridescence roughly twenty times now, the pieces finally fit together. If you can get past the “figuring this out” stage, the record’s gifts will be bestowed upon you — and now I can’t stop listening.

iridescence is the first album the boy band has released since Ameer Vann’s dismissal from the group, and his absence has opened up space for BROCKHAMPTON to grow towards their potential as a group. Both Matt Champion and Kevin Abstract have always carried the team, but on iridescence both Joba and Dom McClennon also stand out. While sometimes the group felt monolithic and repetitive (cue the “BROCKHAMPTON flow” critiques), Vann’s absence allowed Joba to step up and be his lovable weird self, and there’s space for Dom McClennon to shine individually as well. Instead of embodying the critiques of a monolithic unit, iridescence showcases the uniquenesses of each of its components, while weaving all of it together into an experimental whole.

I’m interested in what comes next after iridescence. If this is the opening album for The Best Years of Our Lives trilogy, what does it mean that they’re starting from a melancholic place? What will the next record sound like? Regardless, BROCKHAMPTON has been able to navigate a more experimental shift, and it’s resulted in their first chart-topper. I’m excited for what’s next, but in the meantime, we have plenty to unpack and appreciate in iridescence.