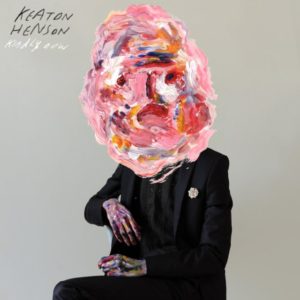 Well folks, he’s done it again: Keaton Henson has released an album somehow more depressing than his last….. but, like, in a good way.

Keaton Henson wears his heart on his sleeve in a way that puts the sadgurlz on tumblr poetry blogs to shame.  Listening to his albums feels as though you’re intruding on someone’s heartbreak, eavesdropping on their grief.  It would seem as though Keaton has had his heart broken ever since his debut album, Dear, released in 2010.  Heartbreak obviously sucks, but it makes for the most beautiful songs, as one could easily say after listening to any of the delightfully poignant tracks on Kindly Now, which is an absolute masterpiece.

The album is unrelentingly intense and its beauty is undeniable; choosing standout tracks was damn near impossible for me because they’re all amazing.  Even the songs I don’t like as much, such as “Polyhymnia”, “March”, and “Gabe” (which is instrumental and captivatingly spooky; I imagine it being in the soundtrack for a horror movie set in a church) I still love and appreciate.

My favorites would most likely be: “Alright,” “Comfortable Love,” “No Witnesses,” “The Pugilist,” “Good Lust” (which strangely has some Lana del Rey vibes, I think? I’m into it), and “Old Lovers In Dressing Rooms” (this song made me cry the first four times I listened to it)…. and yes, I did just name half the songs on the album. Additionally, “Holy Lover” – an almost favorite – is catchy as hell, and the line repeated chirpily all throughout the song, “I think I love you, baby please don’t be afraid of me” sounds to me like some old-school Christofer Drew/NeverShoutNever, which is really random because these two artists have next to nothing in common regarding their sound and lyrics.

Aside from the ingenious lyrics and symphonic interludes of  startlingly heart-wrenching piano and string instruments, Keaton’s tremulous, quivering voice is what makes this such an unorthodox and striking album.  It sometimes sounds like he’s struggling to make it to the end of each song; his soul is clearly wounded and the sadness in his voice brings about a surprising amount of empathy from the listener. His stories are personal, yet something everyone can relate to at one point or another.

Conclusively: buy this album! Support Keaton Henson as an artist! He’ll probably make you more emotional than you can handle but it’s okay to cry, people! I definitely recommend this album to anyone with functional ears.