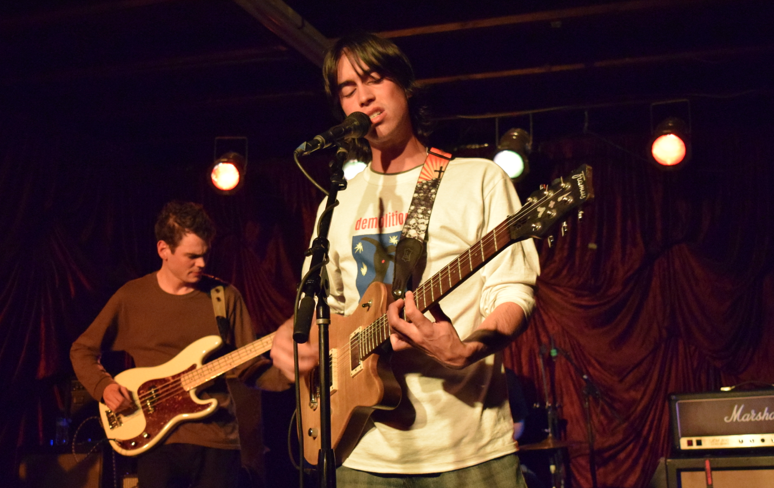 Nest—a local Nashville favorite—Alex G, and Title Fight make for quite the trifecta. It’s no wonder the show sold out rather quickly with a venue as intimate as The End. It’s just as well for those who managed to snag tickets: there wasn’t a dull moment in the small space throughout the show, culminating in Title Fight’s all-out chaotic performance that garnered some of the most intense and committed crowd-surfing I’ve ever witnessed.

Nest—you can currently find them online as “Body Origami”—set the scene perfectly with their slightly slower, atmospheric, layered tunes. Their set itself was enhanced by elegant decorations—table complete with tablecloth, a vase of flowers, and flowers on the microphones—evidently a norm for Nest’s stylish performances. With two vocalists, their sound filled the space dynamically, and was a great (and slightly calmer) way to segue into Alex G and then Title Fight. 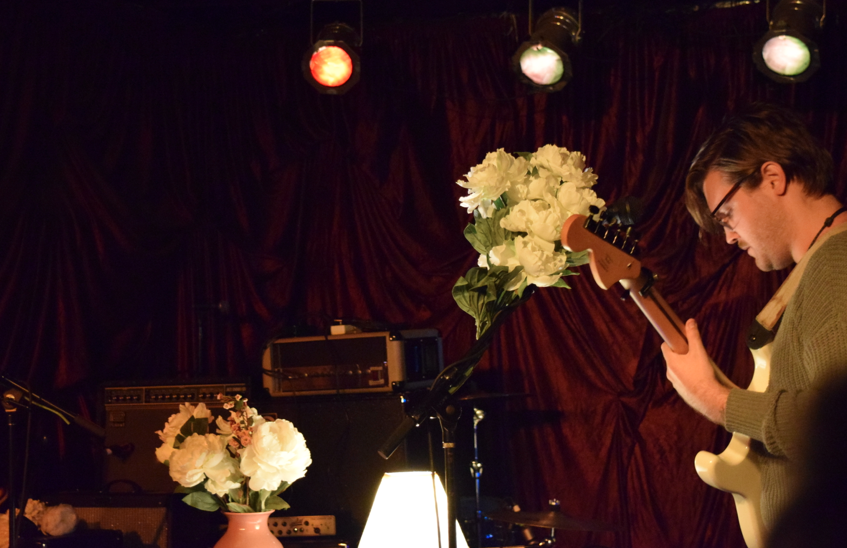 Alex G recently released an album, Beach Music, and played some songs from both that and his earlier releases as well. Alex G is visibly passionate onstage, always seeming to focus intently on somewhere physically above the crowd, and delivering both a casual and intricately executed performance (that is still, naturally, anything but timid). Several of his songs (“Salt” off his latest album comes to mind) definitely sound different in person, due to the added effects and instruments on the recorded tracks that he chooses to not replicate live. Or, sometimes, because he’ll take something up a notch vocally, or change a sound subtly—something that only enhances the novelty of his performance. It was my third time seeing Alex G, and he still continually impresses live. 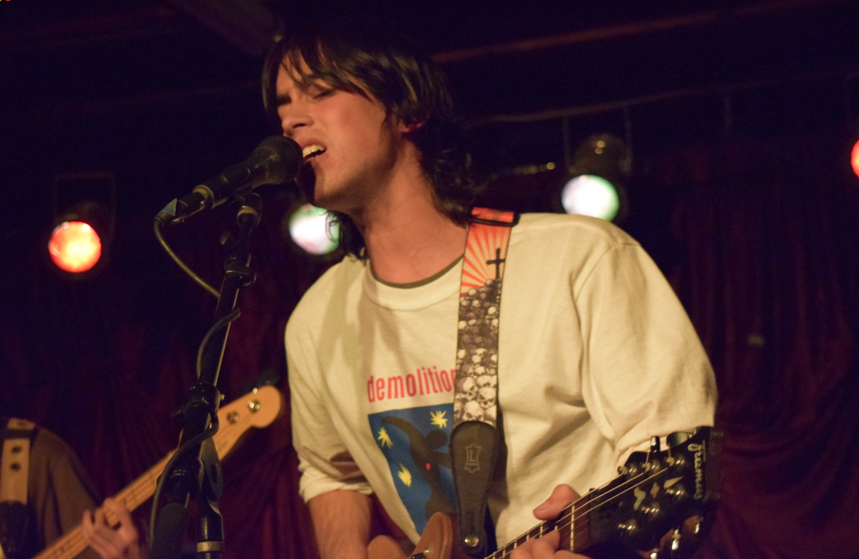 Title Fight then took the stage, and immediately broke into “Rose of Sharon” off their latest release, Hyperview. In a moment of action that was so quick I almost missed it, hordes of people appeared to be crowdsurfing, following the band’s lead. 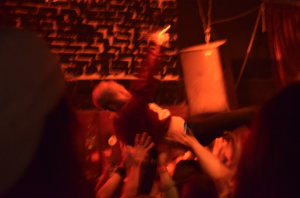 The only half-visible picture I could get once Title Fight started.

Every time a Title Fight member regained his place on stage, another member of the 2003 nostalgia-machine took flight. I prayed no one would get hurt as I saw multiple people fling themselves off the low balcony into the crowd.

Because of the chaos, Title Fight’s songs appeared to almost intermingle and blend one after the other in the middle of the flying bodies. Everyone seemed to be actively engaged in some way or another—after all, this was a sold-out show, so people seemed pretty eager to be there. The hardcore-punk-rock group delivered a remarkably cohesive performance despite the craziness. It was an exhausting kind of fun to be in the midst of all this—do you pay attention to the emo band’s transition from “Like a Ritual” to “Crescent-Shaped Depression,” or the person about to crush you with their crowd-surfing feet?—and yet, the excitement definitely kept the band—and the crowd—going.