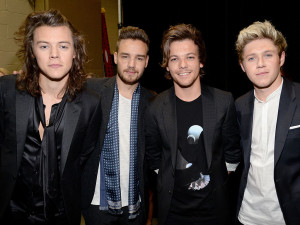 Courtesy of KEVIN MAZUR/BMA2015/WIREIMAGE and People.com

March 25, 2015 was a tumultuous time in music history—it was the day Zayn Malik left One Direction.

Whether you’ve been a One Directioner since the inception of the band, a casual listener, indifferent towards the group, or a staunch opponent of all things good in life, you probably remember the uproar on the Internet in reaction to the news that Zayn was headed in a different direction. Fans lamented the loss of one of the more favored members, and worried about the future of One Direction. How could the group of boys who had been through the X-Factor, four albums, and world tours suddenly be splitting apart? How could the band possibly go on without arguably one of their strongest singers?

It seemed like everything was lost, that 1D was destined to suffer the same short shelf-life fate as the noble boy bands that came before them: NSYNC, The Backstreet Boys, The Jonas Brothers. To the delight of millions, the remaining members of One Direction—Niall Horan, Louis Tomlinson, Liam Payne, and Harry Styles—pulled together, finished a tour, and released their fifth and by far best studio album.

After releasing a series of singles, starting with “Drag Me Down,” followed by “Infinity,” “Perfect,” and “History,” One Direction dropped the highly anticipated Made in the A.M. on Friday, November 13. The album is good—like, really, really good. Like, I’ve been listening to it on repeat for 4 days straight good. And it’s not just me who thinks this—fans have absolutely blown up social media praising the new album. It’s received four out of five stars in reviews from Rolling Stone and Billboard. Rob Sheffield of Rolling Stone called Made in the A.M. “1D’s Let It Be, the kind of record the world’s biggest pop group makes when it’s time to say thanks for the memories.”

This assessment is true—the now foursome of One Direction has declared that after this album they are going on hiatus for at least a year to pursue solo work. Though, this could mean a lot of things—certainly “hiatus” is a very ambiguous term. Their hiatus could be a Ross and Rachel “we were on a break” moment, in which they go their separate ways, things get messy for a while, and then they get back together 8 seasons later when it’s almost irrelevant. (Think: Reunion tours at age 35. Never a good look.) This break could also mean a chance for them all to follow in Zayn’s footsteps and take some time to find themselves and be normal young adults for a while, and then possibly meet back up in a few years Fall Out Boy style with a little more real life experience under their belts that could make for great material for potential future music. However, what is most likely to occur for the members of One Direction now is a peaceful passing away from the public eye into musical “History,” a “Perfect” “End of the Day” for one of the most influential bands of the 21st century.

Thankfully, they’ve left us with the masterpiece Made in the A.M. The album focuses on the relatable themes of sticking together, longing for home, and loving friends/significant others. Not only did every member step up and push the limits of their vocal abilities, but the lyrics are also inspiring and endearing, and the overall sound of the album is much more wholesome than their previous work. My top 5 personal favorites on the album are as follows:

To listen to the whole album, because it’s a shame if you haven’t yet, hit up Spotify:

One Direction was Up All Night so they said “Take Me Home,” but not before they made some Midnight Memories. Suddenly, it was Four in the morning and they were down to only four members, but the very best memories are Made in the A.M.