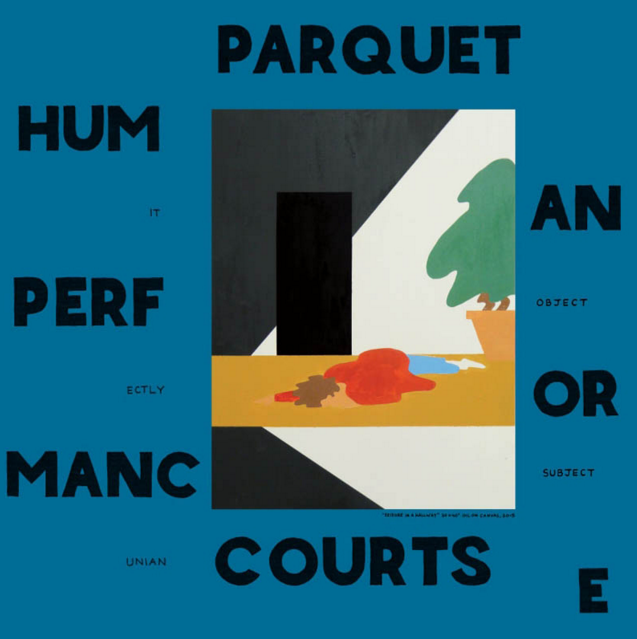 Parquet Courts released Human Performance April 8th, and admittedly, after their last album, I can’t say my expectations were very high. Perhaps that is why Human Performance was so easily lovable—or, perhaps, it was because it was the band’s most innovative album yet, exploring new territory and playing with sounds they hadn’t ever touched before.

The digital version of the album includes the first track “Already Dead,” which was a surprising and yet pleasant diversion from their usual standard: it serves as an intro-meditation, featuring a catchy riff that gives way to a more processed layering of lucid, clear-cut sounds followed by an “instrumental break.” Literally—a female voice says “instrumental break,” a break that’s ushered in by instructions to “take a moment to connect with where you are…feel your feet on the ground without looking at anything at all.” You may laugh at the heavy-handed kitschiness of this seemingly useless exercise in mindfulness—it’s easy to—and then perhaps wonder whether you are the object of jest for thinking it’s real. Or perhaps not: its presence does set the tone, and, sure, it’s easy to relax to.

And that is just what Parquet Courts does: send us messages, whether in the form of statements about social life or subtle political commentary. Human Performance is wrought with these, making it easy to listen again and again and find hidden nuance in its painstakingly and yet carelessly-cool semblance. Their messages are pervasive, if hidden and transitory. 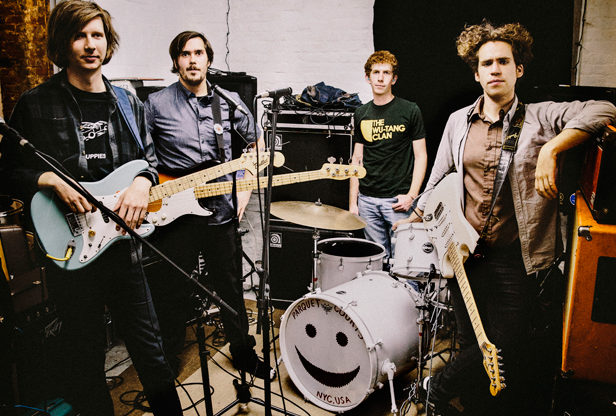 The title track, “Human Performance,” delivers some tantalizingly good comfy-and-yet-just-post-punky-enough-to-wake-you-up feel. And yet, even with a touch of stylistic, repetitive elements reminiscent almost of—dare I say—Arcade Fire, “Human Performance” gives us a taste of good ol’ Parquet Courts mixed in with a hint of new things to come.

While some tracks are a little forgettable (“Outside,” for example), tracks like “I Was Just Here” are just jarring enough to force you to pay attention. And then, just like that, “Paraphrased” holds you captive with heavy guitar riffs and touches of repetitive talk talk talk shout. “Captive of the Sun” is a personal favorite, almost for the novelty more than the song itself—the drums laying an enticing background layer that’s unavoidably perfect underneath lines like “a melody abandoned in the key of New York.” 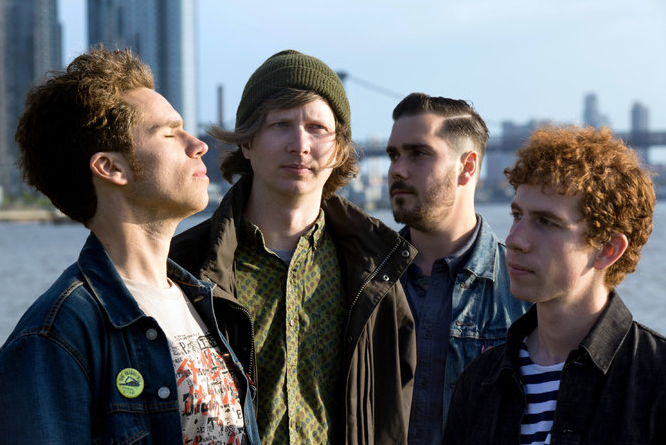 Parquet Courts has branched out for sure: is the upbeat direction of “Berlin Got Blurry” indicative of a move to be more accessible to a wider audience, or is it just the natural progression they were already headed towards? (Monastic Living hardly indicates the latter, even as a transitionary album).

With the same self-aware lyrics, relaxed-but-stressed ethos (see “Keep It Even”), and yet more melodic-based influences, less empty stoicism, and more diversity of noise—one sonic direction followed almost joltingly by another unexpected one—Human Performance is absolutely a prime example of Parquet Courts’ penchant for innovation. Human Performance is far more than redemption from Monastic Living: rather, it serves as a totem of the impressive, genre-sweeping, and still niche-appealing range Parquet Courts can clearly achieve, and a fulfillment of delivery on that potential.