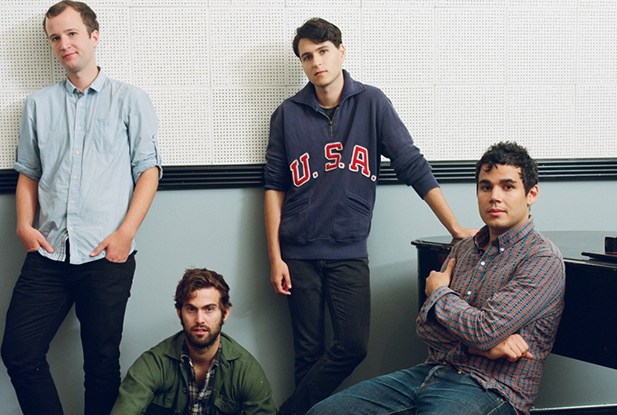 Vampire Weekend in its true form as we always knew it. RIP. (Image courtesy of Rolling Stone)

When I was in high school, a close friend of mine introduced me to the hilarious and often ridiculous wonder that is Ezra Koenig’s twitter. I initially dismissed his posted jokes as self-indulgent banter with a worshipping fan base. But, admittedly, I was intrigued, and started listening to Vampire Weekend. I got almost immediately hooked, and rapidly transformed into a person who listened to their self-titled album and Contra every day after school.

So, obviously, yes, Modern Vampires of the City was an extraordinary force in my life, which I realize is a grandiose statement. Or, at the very least, I felt like it was easy to connect to—but only if you happened to experience that specific niche of self-aware anxieties about premature fading youth and thoughtful romance and the like. It’s easy to point to Vampire Weekend fans and see superficiality in indulging in obscure lyrical references for the sake of pretentiousness—after all, truly getting all those words and layers in the sound takes some dense dissection—but I’d like to think my appreciation (as are many others’ appreciation) is more thoughtful and genuine than that.

And what was so genius about Vampire Weekend was that they capitalized on that desire to truly connect at a level beneath the superficiality. Every band wants you to like their lyrics, maybe find them relatable. But there was a kind of solidarity in finding Vampire Weekend’s music relatable, as it was often so much more than just likability: the lyrics, and the way the complemented the music beneath them, often strike a chord in an indescribable way. One that’s both poetic and just self-conscious enough to not make you feel like an arrogant pomposity-pusher for thinking so.

Vampire Weekend, however, is synonymous with Rostam Batmanglij: the textures behind your favorite songs are his engineered brainchild. The somehow deep and yet spacey sounds are his. Those catchy and yet somehow unsettling beats are his. Ezra Koenig does the words and provides the buttery, irresistible voice. And yes, all of the members are genuine collaborators, but as Ezra said in his instagram post, collaboration—not formal band connection—is what matters. 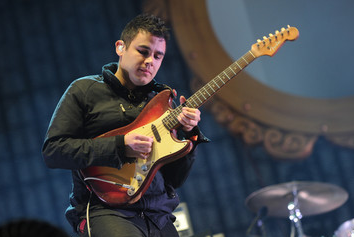 That is why Rostam’s depart is, actually, nothing to get dramatically worked up about. His making some sort of formal but weirdly not-that-real-in-practice split from the band will be only noticeable by his missing place onstage. More importantly, Rostam is an incredible musician in his own right. I once went to see an off-Broadway play in New York just because he did the score (which might be ridiculous, but I did it, and it was worth it). Just today, he released his first song since the announcement, called “Wood” (listen at the end of the post), and it’s pretty fantastic: in typical fashion, it is as minimalistic as it is ethereal, and yet layered and, simply, beautiful.

Fear not, then, avid Koenig-twitter followers and “Time Crisis” listeners. Though I have no authority to be promising this, I promise that Vampire Weekend’s music to come will be just as satisfying as their last, and that Rostam’s solo career will likely bring us more than a few gems as well. For now, listen to the playlist below (starting with Rostam’s new song, and throwing in Chris Baio’s solo stuff at the end for good measure) and wait patiently.