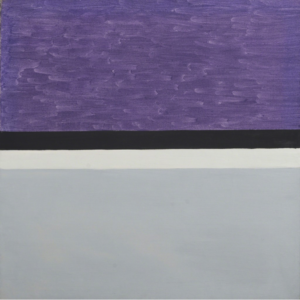 Recently, I’ve been trying to open my eyes to the way we interact with, and are influenced by, the man-made environment. Whether it’s a public park, a door handle, or an album cover, I believe every detail of objects and spaces can act as an important tool for shaping our perception, whether or not it was the intention of the creator of that object to do so.

When one considers the implications of art as an interaction, we can see the power of this tool. The real beauty of art, in my opinion, is that the artist only has so much control over how the work is perceived, while the viewer/user/audience must do much of the heavy lifting. I believe modern art provides many great examples of this interaction.

What do you think of this work of art? Try to take a guess at its origin and meaning.

What is it called? When was it made? What does the artist look like? How does it make you feel? What does it mean?

Have you formed your preliminary notions? Your subconscious certainly has.

This is an untitled work painted in 1959 by Agnes Martin. I believe the choice to leave this painting untitled and to not provide any specific meaning to it is provocative; it challenges the viewer to find their own meaning. With minimalist works like this, it becomes clear that art is a dialog rather than a lecture. Without consumers of art filling a work with meaning, I think the work would be pointless, whether it’s four colored rectangles of oil on a canvas, or the Sistine Chapel.

While pieces of music often have more detail to guide our perception of them than Martin’s painting above, I believe it still encourages and needs our personal interpretation and reinterpretation in order to be a living work of art. I believe every time we create visuals, stories, mythology, or emotions in our minds based on a song, we are helping to fulfill that song’s purpose. We are responding to its call. 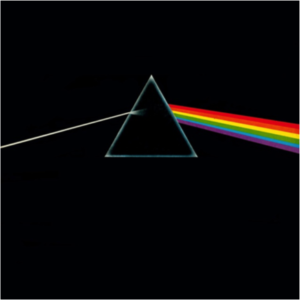 Dark Side of the Moon

The album is a powerful medium. An album at its best can be both vast in scale and concise in literary focus, helping to flesh out many facets of a particular idea. Take for instance To Pimp a Butterfly, The Dark Side of the Moon, The Life of Pablo, and Fleet Foxes’ Crack-Up. Each of these albums is very successful in exploring a particular set of themes and in creating a very distinct, even iconic soundscape. However, for most listeners, our first real interaction with each of these works of art was not through the music, but through its album cover.

Each of these album covers is very distinctive. I won’t try to flesh out every detail of these images for you, as we’re bound to interpret them differently (this is good!) but I do think they’re worth some discussion. 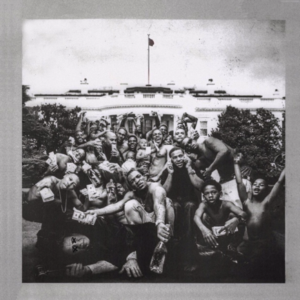 To Pimp a Butterfly

To Pimp a Butterfly is immediately engaging, as the subjects of the image look directly at us, the consumers. In an album that aggressively sheds light on current issues, it’s as though the cover is a measure of the role we play as individuals in the status quo; are we being invited in to the revelry of the moment, or do we stand accused with the other abusers of the system like the (literally) overthrown judge shown at the bottom? I’m willing to bet that your particular response to this cover shaped the way you listened to the album. 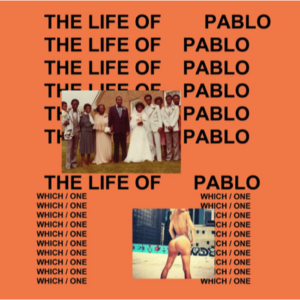 The Life of Pablo

Another detail worth examining is the way in which the covers use text or an absence of text. Contrast the eyesore of The Life of Pablo’s vexingly misaligned and repetitive text on its aggressive orange background with the clean and organized Crack Up. While we all see the same traits on these albums,

It’s easy to think that each of these album covers fits the music on the album perfectly. However, this idea does an injustice to the visual power of the artwork. I believe the way we feel about the music has already been shaped by the visual art on it. The visual and auditory works of art act in harmony. The cover art helps lay the foundations for the vibe of the album which is then fleshed out in detail by the music. 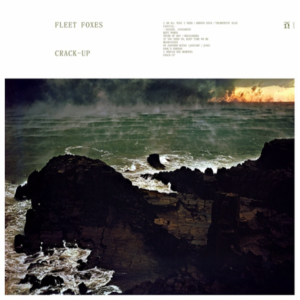 This general idea has been explored in other contexts, including a [study conducted] in 2014 which concluded that many people’s perception of the flavor and intensity of coffee can be effected by the color of the mug. (expand, move elsewhere)