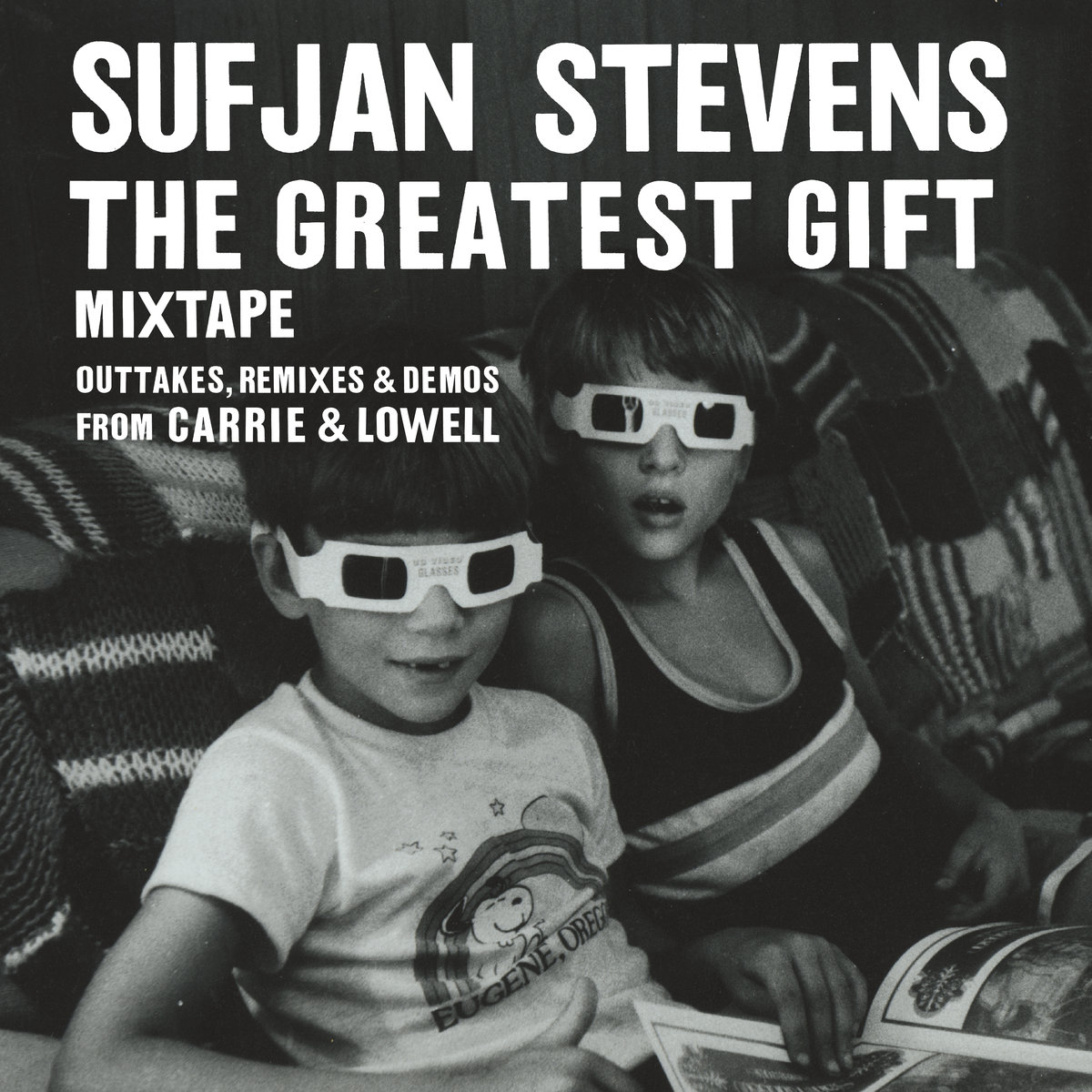 Given its form, the newest release from Stevens could have easily felt like a mish-mash of unconnected pieces, but the cohort is woven together by their connection to Stevens’s most vulnerable album, and they pour fresh breath into Stevens’s experiment with openness. Whereas Carrie & Lowell was the polished product of the artist reckoning with his mother’s death and their complicated relationship, The Greatest Gift is its unfinished counterpart, the behind the scenes look into Stevens’s attempts at creating this public reckoning.

Often, I think we listen to a commercially released album and think of it as the essence of the work. But like writing, music is never finished, the artist is just done with it (or maybe not) and makes the decision that it’s ready for the world. In fact, the complete albums that we are given are never the full picture — where are the outtakes, the original versions, the rewrites, the songs that didn’t make the cut? I appreciate The Greatest Gift not only because of its musical beauty and its consummate eeriness, but because it throws us into the development of Carrie & Lowell as if to say “SEE! That album you loved? You didn’t have the complete story, there’s more, there’s always more.”

It’s wonderful to listen to Carrie & Lowell and the Greatest Gift around the same time — the juxtaposition of the “John My Beloved” album version and the iPhone Demo from The Greatest Gift epitomizes the beauty of this behind the scenes disclosure. I freaking loved this iPhone Demo. It’s uncompromising in its presence; it sounds as if Stevens is playing his heartbreak out personally for the listener. I’m a big fan of the way Stevens combines lyrical depth with simplistic melody, and this iPhone Demo is a terrific example of this style. It reminds me of the ghostly emotion of campfire music, with a personal twist. I’ve found it to be one of the most eerie and potent songs I’ve had the pleasure of listening to in recent memory, and this echoes the style of the whole tape.

Like all mixtapes, there are a few forgettable songs, but there are also few more tracks to highlight as standouts. One of my favorites is the Fingerpicking Remix of “Drawn to the Blood” — I like it better than the original album version. I think the instrumental style of the Fingerpicking Remix suits the song itself better than either the Carrie & Lowell album version, or the Sufjan Stevens Remix that’s also found on the tape. Lastly, “City of Roses” is a quick two minute track with haunting lyrics like “It’s a little-known fact that I can’t cope / I’m the champion of repression / I’ve had it enough with the east coast / I’ll die by the wings of my ambition.” In all likelihood, I probably resonated with the song initially because its namesake (Portland, Oregon) is my hometown. It’s both charmingly nostalgic and spectral, even if you aren’t intimately familiar with the place he’s singing of.

As a collective project, The Greatest Gift is a little less background coffeeshop music and a little more indie art film soundtrack. And it works beautifully. It takes us backstage into the complexity of album production, offers us new perspectives on established Sufjan Stevens tracks and provides us with some great new music to listen to this winter.