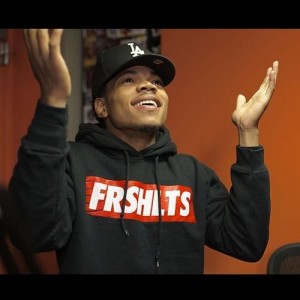 “What did you think of the Rites lineup?”

This question has reverberated around Vanderbilt’s campus since February 11, 2015. Rock purists celebrated the appearance of Young, the Giant at the top of the bill. Fans of psychedelia and indie rock were surely excited to see Portugal. The Man make the trip. Music fans of every walk of life are singing the praises of T-Pain’s inclusion.

However, the first name on the bill has generated the most buzz. Chancelor Bennett, known to the world as Chance the Rapper, whose profession, as it turns out, is in fact rapping, has taken the hip-hop community by storm over the past two years. His rise to fame has been exponential, and his headlining position at Rites should not come as a surprise.

I was not afforded the chance to discover Chance on my own. Within the first week of the release of Acid Rap in April 2013, I heard it at parties, received it in emails, and heard classmates rap-singing the hooks through the hallways. Therein lay my issue with Chance at the outset: the hype was unavoidable.

I believe Chance is the first true superstar to breakout of the Soundcloud era. His breakthrough left a strange metallic taste in my mouth. He was not the first artist to rise to Internet stardom, not by a longshot. However, the sudden omnipresence of his music frustrated me. Shouldn’t his voice take more of an adjustment period? Did he really feature a chorus of nothing but his signature ad-lib “Na-na” on the song Nana? Why was his music so hard to categorize?

Chance revels in the use of his raspy voice to sing and rap. The line between the two often blurs, as he gives a melodic cadence to his verses and gives a rhythmic punch to his sung choruses. In his choice of beats, Chance focuses on soul and jazz instrumentation. His use of breezy and hazy instrumentals gives the songs a versatility that has led to his immense popularity.

The widespread appeal of Chance also benefits from his live band, The Social Experiment. Expect their debut album, “Surf” to drop in the coming months, heavily featuring Chance.

If the 00’s were the iTunes era, I believe this decade will reveal the cracks in that system. Clear genre lines are falling, and no artist better represents a melting pot of influences. Chance expresses typical 21-year-old themes such as loss of innocence (“Cocoa Butter Kisses”) and simply having a good time (“Smoke Again”). Referential without being hyper-referential, fun-loving while remaining philosophical and idealistic, Chance has staying power. He challenges his listeners to accept his flawed vocals and enjoy the artistry. He has a clear vision for his sound and his brand, one that has caught across college campuses everywhere. Everyone I’ve discussed the Rites lineup with has professed their excitement for Chance’s set, and I believe he’s ready to throw his signature, emotional party of a concert. My generation, full of Chance disciples, will be there in droves to raspily rap-sing along to every word. He’s going to continue to live up to his unstoppable hype train, proving that our era of free music and Internet stars can be a force for artistic good.

See ya in April, Chance.