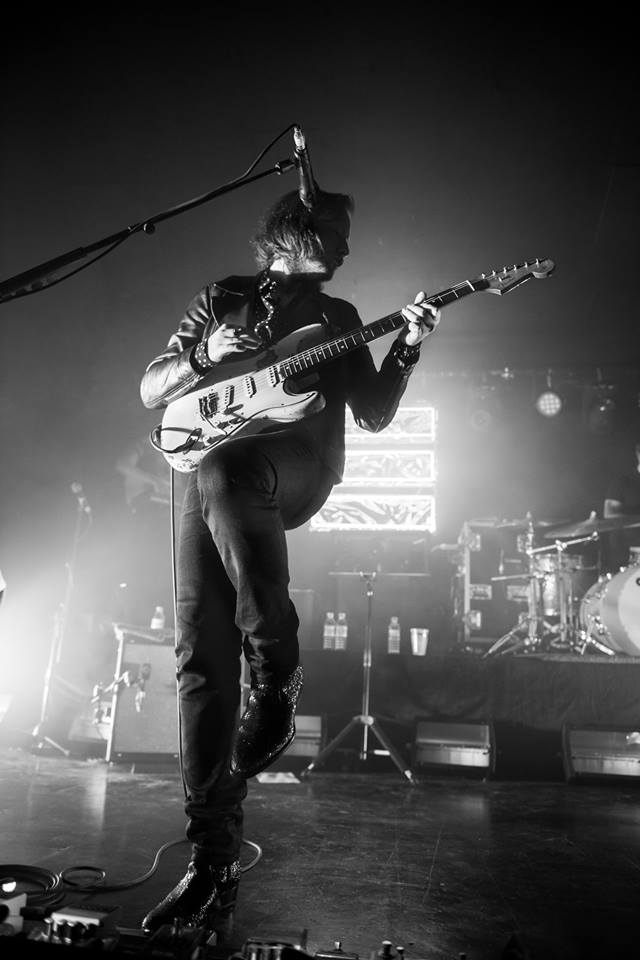 “I’ve never seen you so happy in my life,” said a young woman to her friend as they exited Marathon Music Works on Monday night after the Two Door Cinema Club show. That night the warehouse was packed with millennials who cut class to get there early and had clearly been excited about this show for a long time. Fans above kept the fans below cool as they scrambled to the stage front.

Alex, Sam, Kevin, and the rest of the gang arrived on stage and waved to the crowd. They kicked it off with the all-too-familiar crisp guitar riff in “Cigarettes in the Theater” and a few other songs from the first album. Kevin frequently winked at the girls and guys in front of him. “Do You Want It All” was beautifully performed. Two Door had 5 giant light panels on the back of their stage that would flash different patterns, videos, pictures, etc. For “Do You Want It All” the light show was twinkling silver bars that matched the beat of the song. It made for a beautiful scene when the song slowed down at the end and the lights twinkled all through the back, making it feel super intimate.

The next part of the set was filled with Beacon hits like “Sun” and “Changing of the Seasons.” “Changing of the Seasons” had a stunning night time Google Maps image of London scrolling behind along with a “TDCC is no longer working” hand written code in neon colors flashing intermittently. Their new single “Bad Decisions” was also thrown in the mix. I had never heard it live before, and I was super impressed. Kevin’s bass was so much more prominent and infectious there than when recorded. Sam was in his own world with his guitar–he would close his eyes and shimmy his shoulders while playing. He knew his riffs were funky, and the crowd could definitely tell. They threw “Something Good Can Work” in right after, and the crowd just leapt off the ground. Every person in that room knew every word to that song; groups of people who hadn’t come together were shouting the lyrics to each other at max volume.

The third interval of the show featured some new tunes like “Gameshow,” the title track of their upcoming album dropping on October 14th. Alex was really reaching new heights with his voice in the song. With his super long hair and sparkly red shoes to match, he gracefully moved across the stage to engage the various sides of the crowd. Gameshow was ultra groovy and at a super high pitch.

At the end they revealed it was Alex’s birthday. Kevin asked us all if we could sing a quick a capella “Happy Birthday” before the end of the show. Rainbow lights wend up and Alex sat down on the drum kit with his beer and watched us all sing to him. After he said thank you and that he had one more song they would play that he thought we may know. “What You Know” was the last song. The room was filled with blue lights and smoke. The boys’ silhouettes against the blue backlights looked like an iTunes commercial from the ‘00s. They ran all over the stage playing guitars like children, feeding off of the crowd’s energy.

Overall, Two Door Cinema club put on one of the best shows I’ve ever physically seen. The boys sound good and look great. They really put some money into this show, and it was evident. Their new songs went well with the crowd and don’t sound super different from the original sound (just better). I’m looking forward to their new album, and hopefully seeing them again soon.