While on a music-deletion rampage sometime last week, I realized that a lot of the albums I  legally purchased ages ago only had roughly 2 or 3 songs on them that I recognized/ever listened to.  I gave some of these albums that I originally didn’t like more of a chance to woo me, and on most accounts I was pleasantly surprised.

So, I had a particularly procrastinatory week.  Instead of writing a bombass paper about whatever my archaeology teacher wanted or studying for one of those classes that I really need to pass in order to graduate, I decided to clean out my iTunes instead (I don’t believe in Spotify).  Upon re-listening, here are some albums that really deserve more appreciation than I (or the majority of alt-loving music peeps) failed to value when they were released. 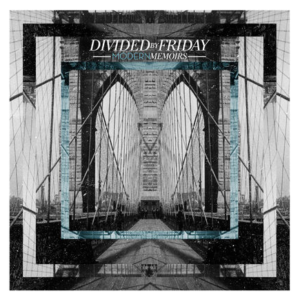 Modern Memoirs by Divided By Friday came out in 2013. I think this EP initially disappointed me because it was more pop than punk, unlike its more rock-infused predecessors. Now that I’m no longer clinging to my emo roots, however, I can appreciate it’s captivating and bright poppy sounds.  The intro, “You Fooled Me,” is definitely a standout track that is catchy through and through, and some parts of it resonate with the part of my brain that is entirely devoted to old-school Fall Out Boy. I’m not sure why, but trust me that FOB vibes are there (I’m aware that some may view this as a con rather than a nostalgic/heartwarming pro).  All the other songs on the album are great and super original, “Relapse” is my favorite–it’s so sad-cute–I’ve listened to the chorus about 100 times after rediscovering this album: “Please don’t come back; I don’t wanna be somebody falling into relapse every time I see that smile again.”  All the other songs are great as well, such a wide variety of instruments are used that no tracks sound repetitive of the last. 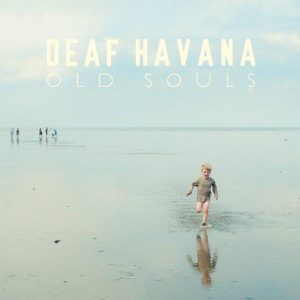 Old Souls by Deaf Havana (2013) is reaaaally incredible.  I never really gave Old Souls a fair shot because Fools & Worthless Liars, the album preceding it, seemed too good to compete with. I was like, okay, well this album probably sucks because there’s no way it can compete with F&WL, the best album ever.  But I was so, so wrong. This album is absolutely beautiful; its primary musical focus is on the vocalist, which is a-okay because his voice is absolutely lovely and you can faintly detect his British accent in some of the lines he sings.

Deaf Havana’s lyrics are grossly personal (which is great)–“Saved” (not about Jesus) has some of the saddest lyrics ever: “Now you lie awake/and you curse the world for all of your mistakes/well you should’ve known that you’d fuck it up someday.”  Not to mention “Everybody’s Dancing and I Want to Die,” track 3, is so relatable! This album is thoroughly amazing and I highly recommend. 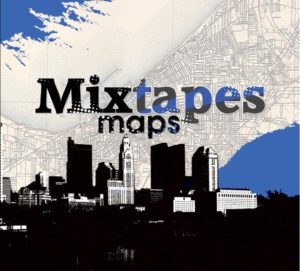 So when I first heard Maps by Mixtapes in 2010, I thought it was the dumbest, most skimpy album ever. Half the songs are under one and a half minutes long, and it sounds like they use maybe 2 instruments per song.  I used to be really snobby about music, apparently.  Anyway, the things I used to dislike about this album are what make me like it so much now: the simplicity of the composition and accessibility of the lyrics have made it into my latest favorite.  This album is adorably awkward and occasionally brilliant, even though most of the songs are chorusless (which I’m shockingly okay with). I can’t pick any standout songs because they all resonate with me so much and are so freakin’ cute.

Mixtapes is currently on hiatus, probably because they never got the recognition they deserved in the pop punk/indie community. Oops.